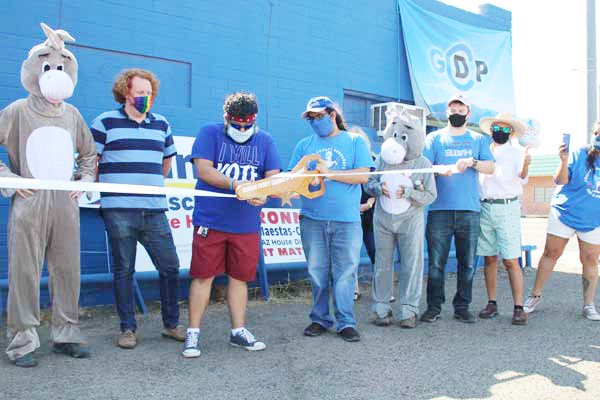 “We’re pretty excited; the level (of excitement) is pretty high. And we’ve got other protestors across the street already, so it’s great,” said Nick Nordgran-Tellez, chair of the Graham County Democratic Party.

The “other protestors” were abortion foes with the group Created Equal, who stood across the street to present their anti-abortion message to passing motorists.

The day was peaceful on both sides of U.S. Highway 70, as visitors toured the new headquarters and volunteered to help for the general election in November.