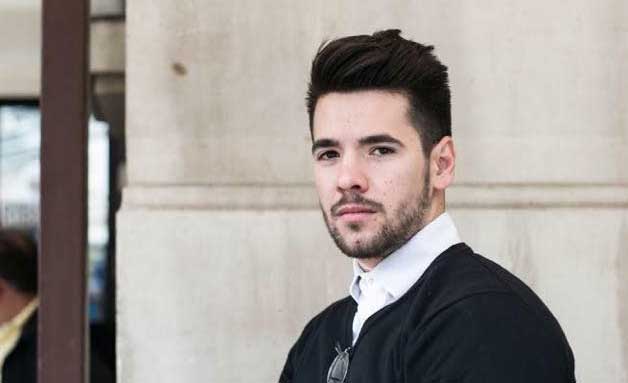 THATCHER- There are several emotions that inspire change, but two of the greatest is love and loss.

The Josiah House is a new Non-Profit Outreach that is in the early stages of development within the Gila Valley. This new program will be religion-based drug rehabilitation operation, centering around the Bible and Christ. The River Community Church is a major part of the new Josiah House undertaking. However, the Josiah House welcomes all who would wish to aid in the new project’s development. For those who may not know, the River Community Church is a non-denominational church, located in Safford, Az.

Gila Valley Central heard the new plans for a new drug rehabilitation center on Jan. 28. Dr. Debbi Chapman, a local veterinarian, and owner of the Desert Cross Veterinary Hospital in Thatcher, launched the idea for the new center in a Facebook post. The next day, Gila Valley Central was able to contact Salazar for an interview.

Chapman told Gila Valley Central that the idea for the new rehabilitation center came to her while sitting at the funeral of the recently deceased Josiah Kouts. She also told Gila Valley Central that she had been called to the Kouts’ house on the that Josiah Kouts, son of Safford Mayor Jason Kouts, overdosed on heroin. Chapman stood in the Kouts’ home, watching as the medical team took Josiah away.

She recounted the intense anguish of the Kouts family, and the internal pain she felt for her friends. While attending Josiah’s funeral, Chapman decided that the waiting was over and that she would do something to hopefully begin the healing of the Gila Valley. By creating a local rehabilitation center, Chapman hopes to create a support system for the local individuals battling drug addiction.

“There was nobody there that he (Josiah) could turn to that could know and understand. That person who sat with him and helped him through the rehab, they understood. We need that here, so that those who are struggling can have something here,” Chapman said. “It’s (overdose) preventable. Maybe you can’t save them all, but maybe you can save some of them. To sit and watch and to not do anything, and expect somebody else to do it, it’s not working. It’s what we’ve been doing! We’ve been expecting somebody else to pick it up and run with it, and nobody is going to do it.”

Chapman told Gila Valley Central of the immense social media backlash over the proposed drug rehab project. Everything from people disliking the name, to individuals saying that they didn’t want a rehab center in the Gila Valley were discussed.

“Bisbee’s got one (a drug rehab), Benson’s got one. There’s a lot of little towns with their own rehab center. We’re big enough and we have a big enough problem, we should have one. People’s opposition to it, that we don’t want that here, I don’t get it,” Chapman said. “Nobody wants to do anything. They just want to talk and post on Facebook and not actually do. I just got convicted enough about it, and now I just want to do something.”

Chapman said she wanted to name it after Josiah Kouts because it was his life that pushed her to move forward with the project. After receiving permission from Josiah’s parents to do so, Salazar is still firm in her decision on the name.

“I know that people are really upset about that, and again I don’t understand why. I guess I picked that name because I know the Kouts, and I was there. And it was his life that impacted me to move forward in this,” Chapman said. “I don’t understand why the name matters that much to everybody else. I have a reason why I picked that, and I think if that were my child, and I wanted to do something really amazing, I would want their name on that in remembrance, and that their life counted for something.”

The new rehabilitation center has many obstacles to overcome before the project can even be properly begun. Property zoning is one of the largest hurdles the new center would be facing. Once land is purchased, it would still have to pass the city or town council’s vote of approval to begin building. Also, to ensure that the organization will be properly run, Chapman is considering partnering with a national organization such as TeenChallenge from New York.

For now, however, all Chapman is asking for is help. Those who may be interested in aiding the rehabilitation center can do so by volunteering their time. Whatever expertise that individuals within the community may contribute, Salazar would gladly accept on behalf of the project. As for the public upheaval that the project has created, Chapman said she never intended to make individuals within the community angry.

“I don’t want to make anybody mad, I just want to help people. I help animals all day long. I love animals, and I think that a lot needs to be done on that side of things too. But people are really important. People matter, and we’ve lost focus of that I think,” Chapman said. “I feel like we need to be there. Be the hand that’s reaching out in the darkness to help somebody up. And how do you do that if you don’t start someplace?”

One thing that Chapman stressed to Gila Valley Central was that any monetary donations collected would go to the Josiah House rehabilitation facility fund, and nowhere else. For those interested in following the Josiah House project, you may click through to its Facebook page by clicking here.

The Hustle Kindness movement takes hold in the Gila Valley

Contestants gear up for fundraising dance-off