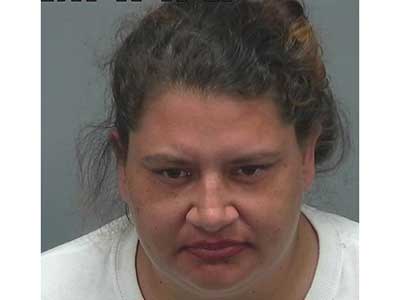 SAFFORD – On Sunday, authorities were dispatched to Circle K in reference to an unwanted person. When officers arrived, there was no one there, but there was someone matching the description across the street at Firth Park. Safford officers recognized the woman to be Jennifer Tarlton from previous contacts and confirmed that she had been trespassed from Circle K. An officer informed Tarlton of all the locations she was trespassed from and that even walking in the parking lot or on the sidewalk in front of the business is considered trespassing. Tarlton said that she understood.

About four hours later, police officers were called again to the Circle K because the same woman was back. Authorities found Tarlton across the street at Firth Park. One of the officers spoke with the employee from Circle K who reported that Tarlton was in front of the store asking customers for cigarettes. Tarlton was asked to leave. Tarlton said that her father asked her to meet him at Circle K because that is the only place he knows to go. Tarlton was informed by authorities she was going to be cited and released for trespassing if she agreed to not go to Circle K again. Tarlton agreed and signed the citation.