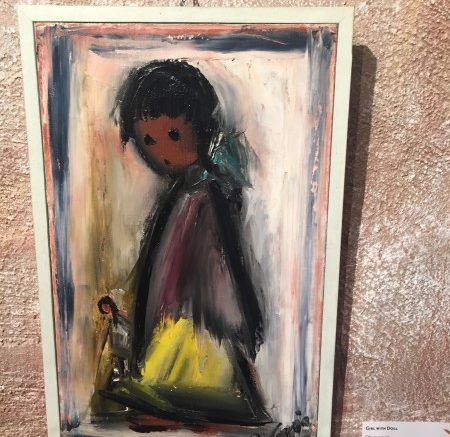 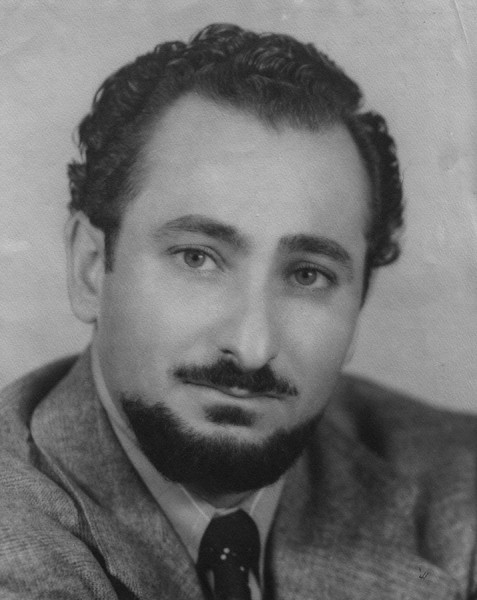 More than 30 years after his death, Ted DeGrazia remains a major figure in the local and national art community.

Originally born in Morenci, what was considered Arizona territory at the time, DeGrazia and his family moved to Italy in 1920. Here he discovered his admiration and fascination with contemporary art. Ten years later, he moved back to the United States and enrolled at the University of Arizona and received a degree in fine arts.

Initially, high end art galleries did not accept his art work, which motivated him to reach for the stars.

In the 1960s-1970s, DeGrazia’s art turned the corner. He received widespread attention when his art was featured on several nationally recognized platforms such as NBC newsreels and National Geographic. DeGrazia became a household name when his painting, “Los Ninos”, was featured in UNICEF’s 1960 holiday card that sold millions globally. 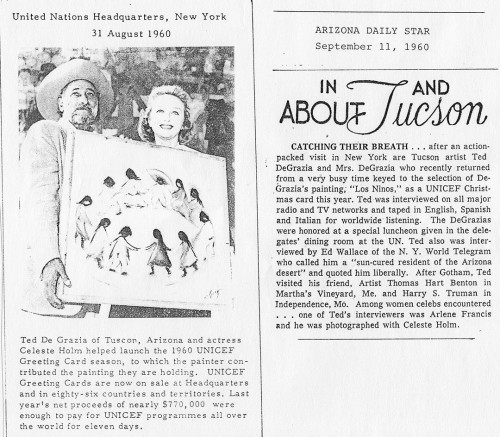 “The gallery keeps him alive,” said Wayne Kielsmeier, owner of the Covington Fine Arts Gallery. “That is the best place for seeing all his work and celebrating his life”.

Thirty years after his death, DeGrazia’s shelf value has fluctuated. Currently, at his consignment gallery, his original paintings range from $600-$1,700. 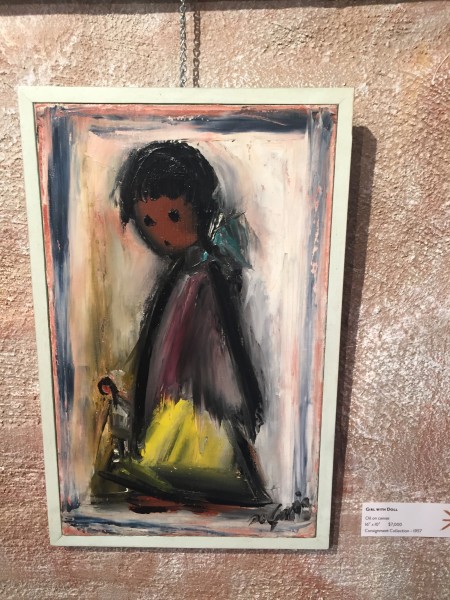 “Girl with Doll” by Ted DeGrazia, on display at the Gallery in the Sun on Friday March 4, 2016 in Tucson, Arizona. © Ryan Bertrand
Some argue that DeGrazia’s art fell off because of its appearance.

“He was a cutesy painter,” said Kielsmeier. “He was not a ‘serious painter’- he liked to draw little kids and such.”

Much of DeGrazia’s art reflects the tradition and family orientation of Native Americans in the Southwest. His Arizona roots fused with his unique technique contributes to his art. His technique of creating simple human figures has made him a household name.

Like any artist, DeGrazia’s art value will eventually diminish, but to Southern Arizona he will always be a significant contributor to contemporary art.

“Nationally he probably won’t be remembered for too much longer, but he will always be relevant to Arizona, specifically Tucson,” said Kielsmeier.