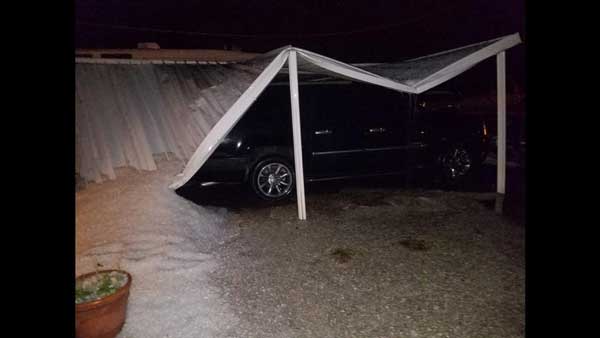 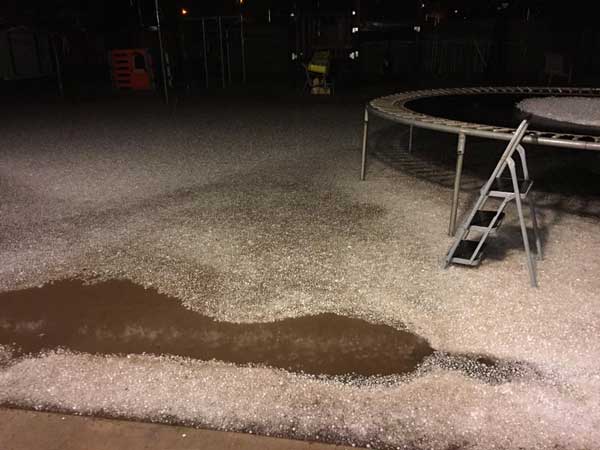 While the days can still reach 90 degrees during the day, Fall has struck the Gila Valley as cooler nighttime temperatures and a powerful storm dumped rain and hail down on Safford.

According to the National Weather Service, the storm was one of the strongest it had seen in years from a radar perspective. The ice storm, which hit Safford around 11 p.m., also had the potential to cause flash flooding. The storm stopped momentarily and then started up again around 12 a.m. Prior to that, rain pummeled the area starting at about 9 p.m., including the Graham County Fairgrounds. Power outages were reported south of Safford and in the Quail Ridge area of Thatcher. 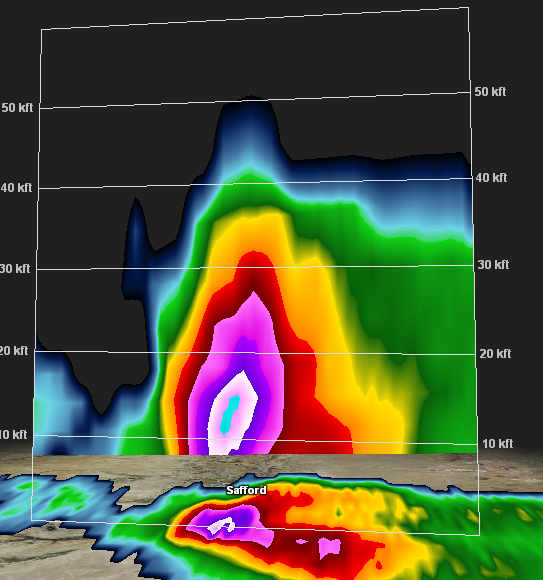 While the lightning put on a show overhead, it was the pummeling hail that caused damage on the ground. Residents advised the hail covered 6 to 10 inches deep in some areas.

Residents took to the National Weather Service’s Facebook page to share pictures and the aftermath of the storm.

“The street is like a slushy river,” Lina Peru wrote. “I have a river draining out the side of my yard and all the trees and plants are destroyed.” 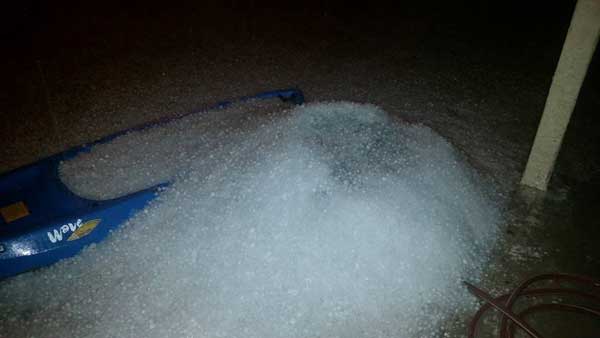 “I live next to an irrigation canal which has overflowed,” Jeremy Scott wrote. “Flooding is occurring.”

An apartment complex on Relation Street was reported to have had flooding issues.

“My mom’s apartment – along with others – is flooded,” Kimberly Clark wrote.

As damage reports around the city come in, Gila Valley Central will follow up after daybreak to see if area cotton farmers were similarly devastated. The storm appeared to be centered in the city itself, however, and included Thatcher and Solomon as well as areas south of Safford. Other outlying areas didn’t appear to be hit. In Pima, for instance, the storm only produced light rain.