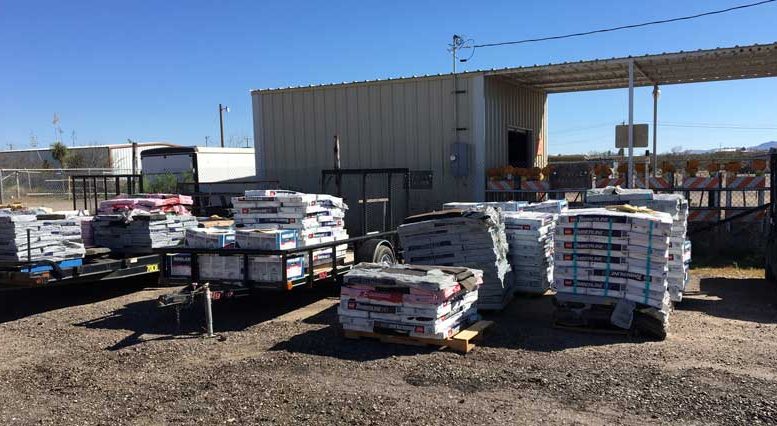 Contributed Photo/Courtesy SPD: More than $16,000 of stolen roofing material was recovered after police broke up a local smuggling ring.

SAFFORD – The October disaster hailstorm wrecked havoc on the Safford area and brought numerous companies to town to cash in on the insurance payday. But it was a local group of men, including one who owns several rental residences, who were found to be involved in a stolen roofing material smuggling ring. 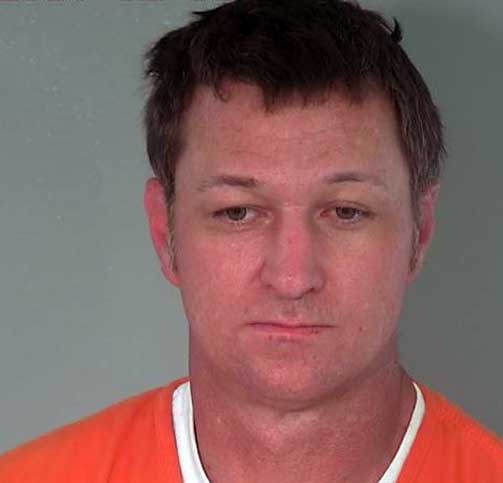 One simple mistake was all it took to cause the criminal roofing empire to crumble. When confessed heroin user Daniel Mendell, 37, accidentally left his backpack with his driver’s license at the scene of a break-in at the ABC Supply Co. Inc.’s storage yard at 1456 E. U.S. Highway 70, investigators had the starting point they needed to uncover a roofing theft ring that encompassed four individuals and more than $16,000 in roofing materials stolen from local vendors and various job sites.

Police allege Mendell stole roofing supplies from ABC Supply Co. Inc. on multiple occasions and also from Rhodes Construction at 1420 S. 1st Ave. The thefts occurred between October, 2016, and March 3, 2017, when a newly installed burglary system and surveillance cameras allegedly thwarted Mendell’s burglary attempt at ABC Supply Co. Inc. At that time, police also learned that Mendell had been regularly stealing a truck from an elderly man to transport his stolen goods. Mendell was taken into custody March 3 and charged with possession of a dangerous drug, possession of drug paraphernalia, unlawful use of means of transportation and criminal trespass in the second degree. More charges are forthcoming pending review by the Graham County Attorney’s Office. 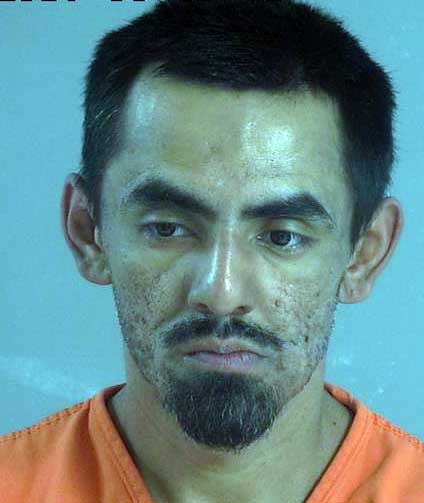 A joint-police investigation between the Safford Police Department and the Graham County Sheriff’s Office unveiled that Mendell and two other individuals had been selling stolen roofing materials to Howard Hom, 65, who used insurance money from claims on his multiple rental properties and his own residence to purchase the materials at half price from the men. While Mendell concentrated on stealing from company storage yards, Chevy Lopez and a third suspect were fingered as stealing from job sites. The third suspect, who is not being named by Gila Valley Central at this time because he is cooperating with authorities, said Mendell admitted to him about stealing the roofing materials and that Hom knew the materials were stolen.

When confronted, Hom allegedly said he purchased the material from Mendell but believed that it was leftover from finished job sites. With the sheer amount of each kind of roofing shingles and underlayment, the officers didn’t believe Hom’s story and fingered him as the ringleader who sent drug addicts to steal shingles and other supplies so he could rip off the insurance companies. Hom, himself was previously found guilty in 2010 on two counts of transportation of a narcotic drug for sale. He served three years of probation for those felony cases. 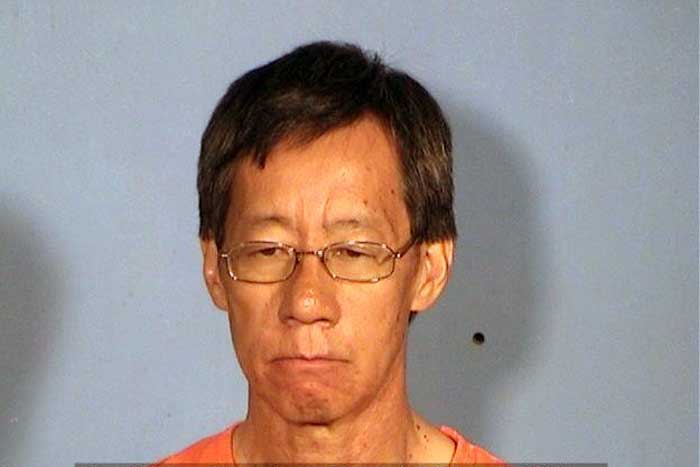 While accounting the shingles, a representative from ABC said he was still missing several bundles and advised that Hom had come into his store the day Mendell was arrested (March 3) and purchased some shingles. He then returned the shingles for a different color that matched the color of the still missing shingles. Officers returned to Hom’s residence at 306 S. 6th Ave. and noticed he was putting the shingles on his own roof. He allegedly said he forgot to tell the officers about the extra shingles he had and decided to just go ahead and use them.

Various charges of burglary, theft, trafficking in stolen property and more are pending against the men after a full review of the case by the Graham County Attorney’s Office. 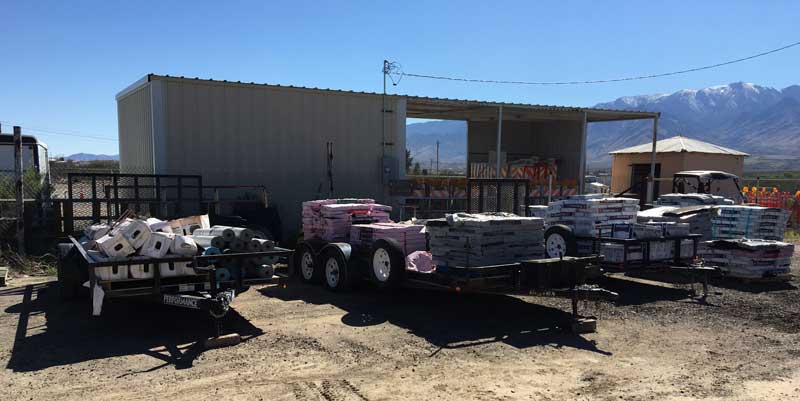 Contributed Photo/Courtesy SPD: It took a group of officers and a forklift to recover the large amount of stolen roofing material.