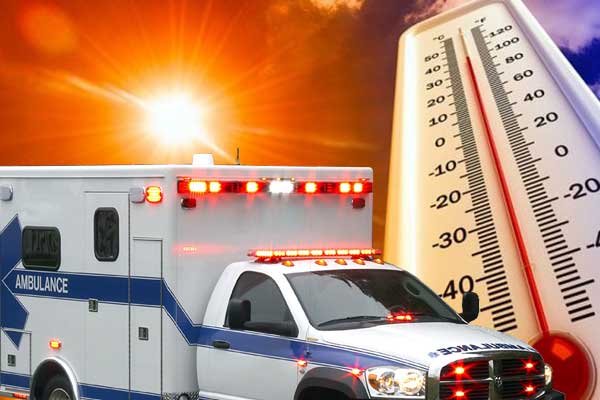 A 13-year-old Coolidge boy died from the heat last Wednesday, after he decided to walk to the park with his brother. Emergency medical personnel were dispatched to West Padre Kino Drive Wednesday afternoon at approximately 1:28 PM, where they found the unresponsive boy lying in the road.

Coolidge police got involved when medical personnel found burns on the teen’s forearms, legs, and left shoulder. Officials believe the burns were caused by prolonged exposure to the hot asphalt on the street.

According to the police report, the boy and his brother were on their way to the park when the brother suddenly noticed the 13-year-old was not with him. He then found that the boy had fallen to the ground and called 9-1-1.

When emergency personnel arrived, the teen’s body temperature had reached 109-degrees. He was air-lifted to Banner Casa Grande Medical Center where they managed get his temperature down to 107.9 degrees. However, he eventually succumbed to the heat and was pronounced dead at 4:45

Police say the boy had a history of thyroid problems. Doctors believe that his thyroid medications may have contributed to his death if he took too much.