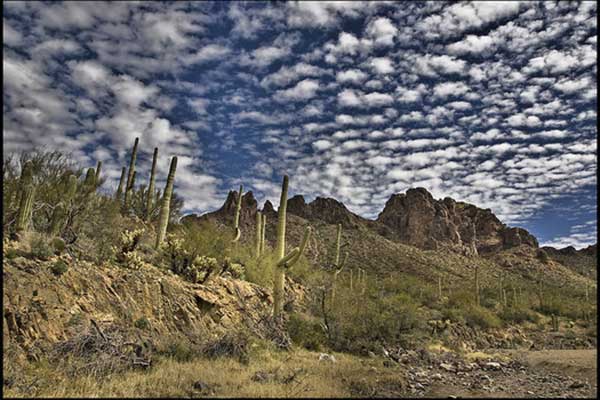 Ariz. — Conservation groups are apprehensive over the appointment of William Perry Pendley, a longtime advocate of selling public lands, as acting director of the Bureau of Land Management. The groups want him removed from office.

Pendley, formerly with the conservative Mountain States Legal Foundation, has said he believes the Founding Fathers intended public lands to be sold, and the federal government has a duty to dispose of them. Scott Garlid, conservation director with the Arizona Wildlife Federation, said Pendley’s philosophy runs counter to the BLM’s longtime mission “to sustain the health, diversity and productivity of public lands.”

“That organization’s charter by definition is really broad, really balanced and inclusive of all kinds of multi-use,” Garlid said. “So, you contrast that with Pendley’s perspective, which is really narrow and exploitative, where he just wants to auction things off to the highest bidder, and it’s kind of a non sequitur.”

Pendley also is on the record saying he doesn’t believe in climate change and he opposes national monuments and the Antiquities Act. The National Wildlife Federation is particularly wary of his status as acting director of the agency, as it means he has full control without having undergone a Senate confirmation hearing.

Pendley recently outlined his vision of the BLM’s mission, saying, “We drill for oil. We mine coal. We cut trees. We allow ranchers to graze cattle.” He did not mention the bureau’s goals of both recreation and conservation uses of public lands.

“If you really had the perspective that you wanted to extract as much money out of these public lands as you could, you could put any of those up for sale; his own words saying he thinks that we should be selling public lands,” Garlid said. “So, there’s no fake news there; it’s his words and what he’s written.”

Garlid said the bottom line is that Pendley is not qualified for the job.

“This isn’t the kind of guy you put in front of an organization with a broad and diverse mission – unless, of course, you intentionally want to change the mission of that organization,” he said. “And if that’s the case, that needs to be made public. It needs to be transparent, and it’s not.”

In a recent letter to the chairs of the four Congressional committees that oversee the BLM, the National Wildlife Federation and its state affiliates called for Pendley’s immediate removal.