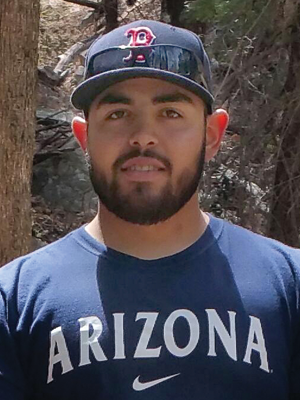 Bryan was born January 30, 1991, in Safford, to Daphne Aguilera of Safford, Arizona, and Juan Ortiz of Morenci, Arizona. Bryan attended Morenci schools where he graduated in 2009.  Bryan enjoyed hunting, fishing, camping, and being around family and friends.

Bryan is survived by; his parents, Daphne Aguilera of Safford, and Juan and Carrie Ortiz of Morenci; his fiancé, Jordana; their daughter Eliahna, and their unborn child, of Safford; his brother, John (Yuko) Ortiz and nephew Kian of Phoenix; his brother, Michael Ortiz of Morenci; his sister, Michelle Ortiz and nephews Jacob, Matthew, Jaydyn, and Cayden of Safford; his grandparents, Bev and Chuck Adam of Tucson, Arizona, Juan and Gloria Ortiz of Clifton, Arizona, Mike Aguilera of Yuma, Arizona; his great-grandmother, Victoria Aguilera of Safford, Arizona; his Aunt, Lisa (Dillard) Smith and his cousins, Chris Aragon, Dillard and Reyna Smith, and Gabriella (Colton) King and their children Jarron, Jaxon, and Kyler; his Aunt, Shellie Sirimarco and cousin Mia; his Aunt, Vanessa Aguilera and his cousins Lariana, Alexa, Milana, Ramon; and his Uncle, John Franco and his cousin Dimitri.

Bryan is preceded in death by: his grandfather, Hector Franco; great-grandparents, Pete Aguilera, Antonio and Antonia Moran, and Juan and Nora Ortiz.

Bryan had many friends that will deeply miss him. He will be missed but never forgotten.

Mass of Christian Burial for Bryan will be celebrated Friday, April 22, 2016, at 10:00 a.m., at St. Rose of Lima Catholic Church by Rev. Robert Rodriguez. Committal will follow in the Safford Cemetery.

A rosary and prayer vigil will be prayed Thursday evening, April 21, 2016, at 7:00 p.m., at St. Rose of Lima Catholic Church by Deacon Carl Vessels.

Online condolences may be offered at viningfuneralhome.com Arrangements are entrusted to Vining Funeral Home.