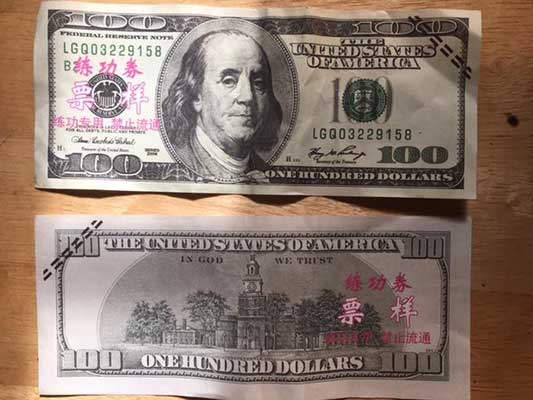 SAFFORD – Saturday, an officer was dispatched to a business on 8th Avenue regarding a counterfeit bill presented by two male juveniles. The store employees reported it didn’t seem as though the boys knew the $100 bill was counterfeit, however, the bill had Chinese writing on the back. After the juveniles were escorted out of the store, they reportedly told the officer they had found the bill in the rocks while they were at the Graham County Fairgrounds near the duck ponds and they were not sure if the bill was fake.

The counterfeit bill was placed into evidence at the Safford Police Department and will be destroyed at a later date.