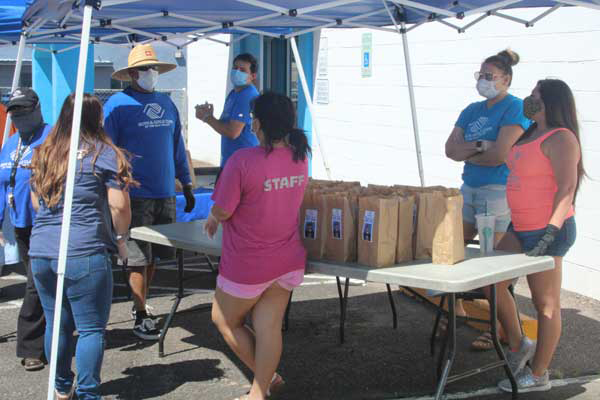 SAFFORD — The pandemic has hampered nonprofit organizations’ ability to fund-raise, and the Boys and Girls Club of the Gila Valley is putting out the call for help.

“Where we really fall short on is that donor dollar, which is key to the day-to-day  operations of the club,” said Mick Ruiz, executive director of the Boys and Girls Club of the Gila Valley during a recent appearance on Voice of the Valley.

Due to stay-at-home orders during the second quarter of the year, and limitations on the size of gatherings in place now, the club has lost out on two of its biggest fund-raisers: the Funding Our Future Auction put on in conjunction with 4-H, SEACUS, Graham County Search and Rescue and the Catholic Daughters of St. Rose of Lima Church; and the club’s annual dinner-dance.

“That was the hardest part; nobody knew this was going to happen. And in the nonprofit world, you rely on that dollar so much, and two of our major fund-raising events that we would use to carry on into the school year were affected by that,” Ruiz said.

The Boys and Girls Club of the Gila Valley offers after school and summer programs to youths in Safford and Thatcher, and has had to reduce by about 25 percent the number of students it can serve due to occupancy limits set by the governor.

The club is accepting donations in any amount at its facility — 805 7th Ave. in Safford —as well as through its webpage, www.bgcgilavalley.org. Donations are tax deductible.