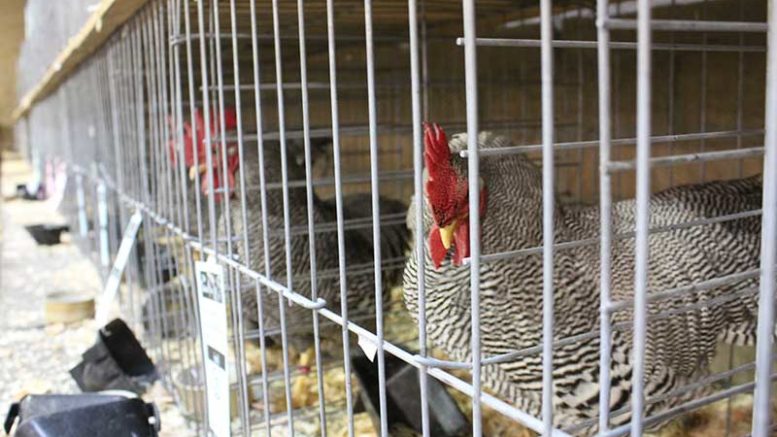 Brooke Curley Photo/Gila Valley Central: Chickens, geese, and ducks were all on show Saturday at the annual poultry show.

SAFFORD- For many fowl raisers, the annual bird show is one of many chances to show off their prized birds.

The annual Safford Chicken Show opened January 13, at the Graham County Fairgrounds Ag Building. A free and family-friendly event, many participants had driven over state lines to show their animals. Some individuals participating in the event even traveled from Colorado to be in it. Over 40 poultry breeders from across the Southwest entered the competition in nearly 20 different categories. 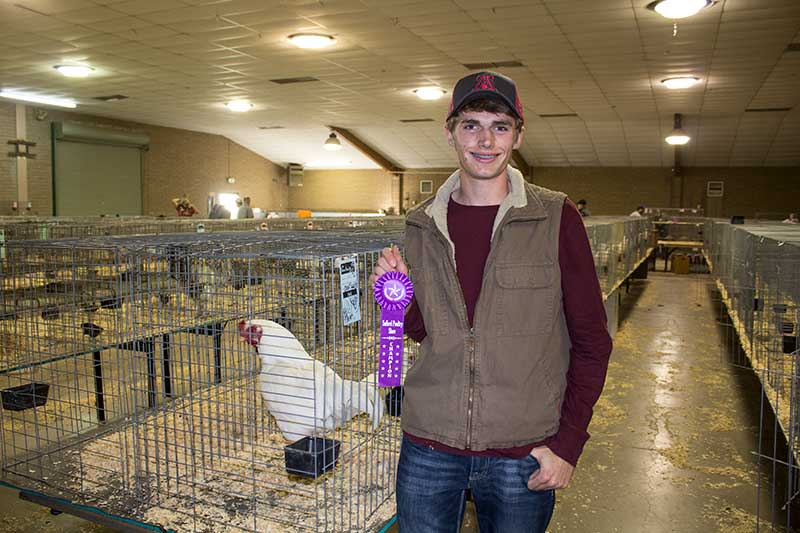 Gila Valley Central visited with Trenten Haas, 17, of Willcox, who was the winner of the Large Breed Champion ribbon, as well as numerous other prizes. Haas told Gila Valley Central that he has been raising various breeds of birds as well as other animals since he was seven. Haas has also been showing his poultry statewide since the age of seven.

“I raised chickens, turkeys, ducks, geese, and pigeons, and I mainly show my chickens,” Haas said “I’ve been showing birds since I was seven years old, at local county fairs and shows around the state. I’ve raised these birds since babies, I hatch them, breed them, and show them off.”

At this point, Haas told Gila Valley Central that he is content with showing his animals at various contests and fairs around the state. However, he hopes to eventually show his poultry in other areas outside Arizona.

“Right now it’s kind of a hobby that is statewide, but eventually I would like to go out of state,” Haas said.

Each bird was judged on health, the brightness of feather color, and cleanliness. Many birds were sold at the show. However, multiple bird owners packed up an hour before the show’s finish because of the many hours they had to drive. Some to make the next competition, some home