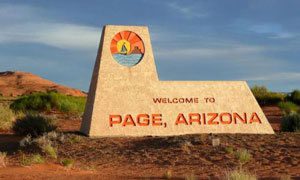 PAGE, Ariz. (AP) — A big rig loaded with more than 22 tons of pizza dough and flour has crashed in northernArizona and spilled a large portion of its cargo.

Arizona Department of Public Safety says the semi rolled on its side about 4 a.m. Thursday along a stretch of U.S. 89 near Page.

The truck was filled with 44,500 pounds of pizza dough and flour, with each bag of dough weighing 50 pounds each.

DPS officials say the rig struck a guardrail and bounced left, rolling onto its side.

They say speed and fatigue may have contributed to the crash.

No one was injured but DPS says the driver was cited with failure to control the vehicle.