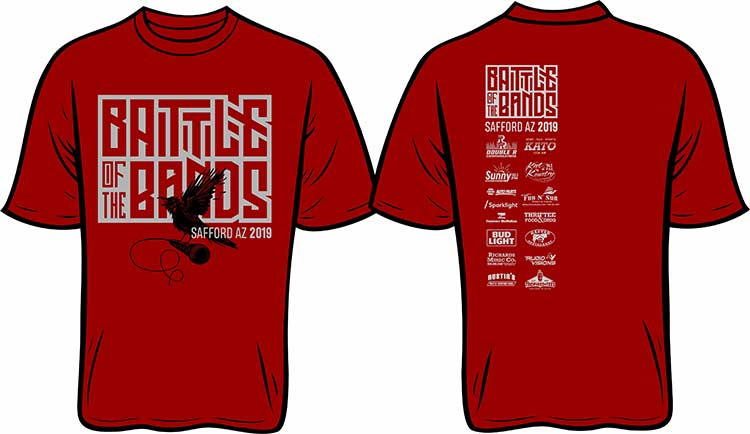 Get them while you can!

A limited quantity of 2019 Battle of the Bands T-shirts are still available, but they’re likely going to go fast. If you want to get yours before they’re gone, you can order online and pick up your T-shirts from the Double R Media studios at 3335 W 8th Street in Thatcher.

The 16th annual Battle of the Bands and Nickel Picnic was a big success last weekend. Entertainment began at noon and continued into the night out at the Graham County Fairgrounds. At the end of the competition, three judges awarded the grand prize to a group from Globe and Phoenix – “Jean and the Chocolate Drops.”

Other awards were presented:

The event drew more than 2300 people and features a lot of new vendors and, of course, lots of fun.