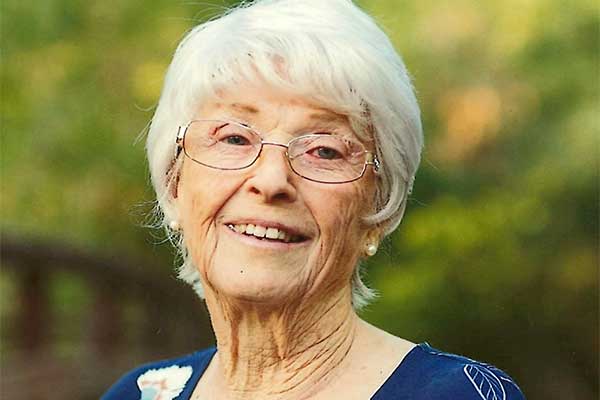 Our loving mother, Barbara Jean Elkins Jones, left her earthly home in Pima, Arizona and was reunited with the love of her life on February 4, 2021 at the age of 83.

Although her family lived in several different places because of the work her father Viron Audley Elkins did, she spent most of her youth in the Mesa/Tempe area. She attended Tempe High where she made several lifelong friends. She graduated from Tempe High in 1956.

After graduating, she met the love of her life, Louis Cardon Jones, on a blind date. They married that same year and moved to Globe, AZ where Louis worked at a Standard Oil station. They soon started a family, first a son, Randal Wade and then a daughter, Leslie Elaine. Mom and Dad moved to Show Low, AZ after purchasing their first business, a Chevron gas station there. They had four more children, Melinda Diane, Duane Michael, Sam Douglas, and Carol Lynn. Mom had many part-time jobs to help supplement the family’s income while raising six children.

In 1973 Mom and Dad sold the station and purchased a Sears Catalog Store. They worked side by side making the business a success. All the children worked in the family store. Mom was the heart of that store.

The family spent many weekends camping, picnicking, or chopping firewood for the winter. Mom loved to garden and at times had a winter garden in Pima and a summer garden in Show Low in the same year.

Mom loved her children, grandchildren and especially her great-grandchildren. She was playful and fun. She attended as many games, matches, and events as she could.

But Mom’s greatest legacy was her service to others. She fed many. She took in strangers who needed a place to sleep. She served anyone who was in need. Her faith in Christ and willingness to follow Him was manifested in her daily actions. Her love for others was as boundless as her energy. She and Dad left a legacy of love that will be treasured and carried on for many generations to come.