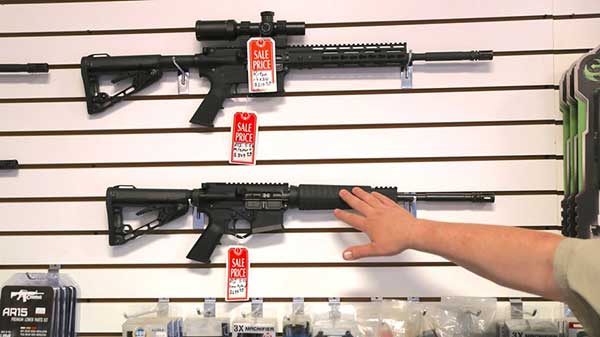 With two mass shooting that happened just a few weekends ago, an Arizona House Democrat wants a special session to debate and enact a series of gun control measures.

State House Minority Leader Charlene Fernandez, a Democrat from Yuma, is pulling out all the proposals that the Republican-controlled Legislature refused to debate, much less consider, in the past five years.

These range from universal background checks and bans on military-style assault rifles to limits on high-capacity magazines and making it a crime for adults to leave weapons where children and crazy people can’t get them.

Fernandez said that the mass shootings in Dayton, Ohio, and El Paso, Texas, may finally provide enough impetus for lawmakers to consider these measures. But the idea of calling all 90 lawmakers back to the Arizona Capitol in the wake of the incidents is not picking up any immediate support of Republican legislative leaders.

Senate President Karen Fann said, “When everyone returns from summer obligations, we will be meeting to discuss a number of items for next session. Finding common ground,” Fann said, “could be difficult.”