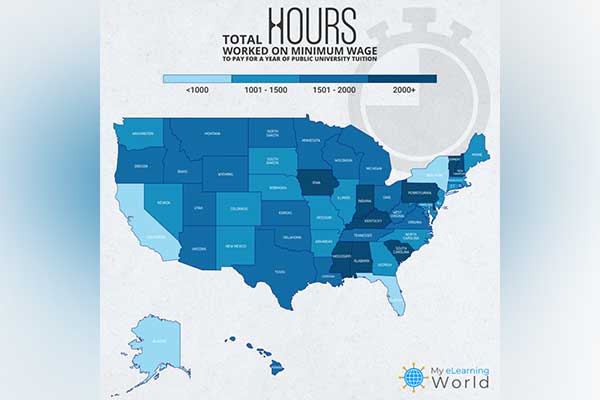 A recent report released by MyElearningWorld released a new report showing that the average college student in 2023 has to work about 4x as many hours on minimum wage as a student 30 years ago to access the same education.

With Arizona minimum wage at $13.85, a student will have to work a minimum wage job 40 hours per week for nearly 38 weeks to cover a semester of tuition at an Arizona university. According to the report, the average in-state tuition cost is $12,180 per semester.

See the whole report at: https://myelearningworld.com/college-tuition-minimum-wage-study/