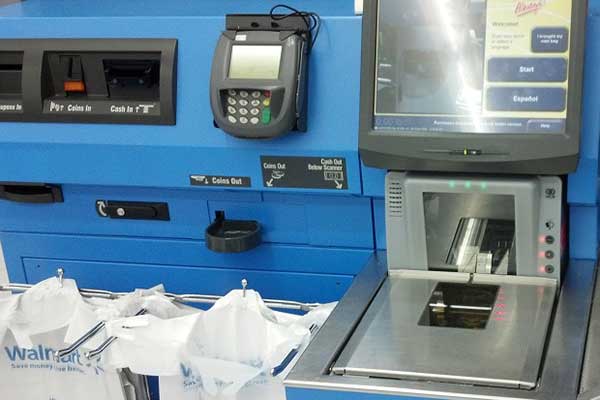 SAFFORD – Last Wednesday around 3:30 pm, a woman driving a silver Jeep Cherokee to Walmart was seen on video footage scanning her items at the self checkout machine. The woman was seen putting in $52.00 cash into the machine and then swiping her card. The woman could be seen pushing areas on the touch screen and then waiting. The machine did not print a receipt and then she was seen leaving shortly after. It appeared the woman believed she paid for her items, however, the credit card purchase was never completed on the machine and was left open. The next shopper was seen walking to the same machine and scanning a pizza. As of this report, the woman has not come back and paid. The delinquent amount was $282.98.