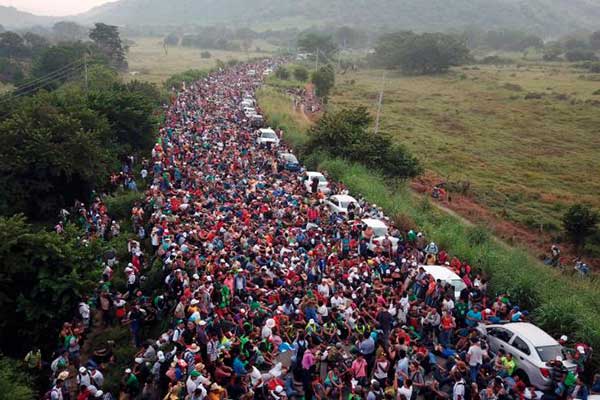 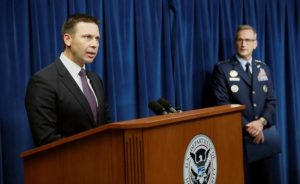 U. S. Customs and Border Protection (CBP) continues to a track thousands of migrants from Honduras and Guatemala traveling as a Group through Mexico. Their anticipated destination is the United States. At the direction of the President, the entire Federal Government is working together to ensure the security of the Southwest border.

In response to these migrant caravans, Operation Secure Line, has been launched and the Department of Defense (DoD) has responded with their full support. As a result, thousands of active duty U.S. military personnel, along with equipment and resources have been deployed to the Southwest border. CBP is also sending additional personnel and resources to the region. DoD forces in support of DHS and CBP are under the command of U.S. Northern Command.

DoD is providing DHS and CBP a range of assistance, including planning, engineering, transportation, logistics and medical support to enhance the agency’s ability to impede or deny illegal crossings and maintain situational awareness as it contributes to CBP’s overall border security mission.

“Our message to the organizers and participants of this caravan is simple,” said Commissioner McAleenan. “As the president and the Secretary Nielson have made clear, we will not allow a large group to enter the United States in an unsafe and unlawful manner.  For those that seek to cross the border illegally, we will apprehend them and fully enforce the laws of the United States. For those that seek to make an asylum claim safely and lawfully at a port of entry, the Government of Mexico has already offered you protection and employment authorization.  If you are fleeing alleged persecution at home, you have arrived at a safe place to make your claim. If you’re an economic migrant seeking to join family members in the United States, you should return home and apply for the appropriate visa.”

At the same press conference, General O’Shaughnessy said the partnership between DHS, CBP and DoD was a natural fit. 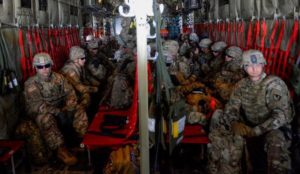 “Our mission of homeland defense is inextricably linked to Department of Homeland Security’s mission of homeland security,” said General Terrence O’Shaughnessy. “Operation Faithful Patriot, as we’ve named the military operation supporting CBP in hardening the southwest border, is the latest example of this critical partnership. In a macro sense, our concept of operations is to flow in our military assets with a priority to build up southern Texas, and then Arizona, and then California. We will reinforce, along priority points of entry, so as to enhance CBP’s ability to harden and secure the border. The specific request for assistance is for the active duty military to enhance the capacity and capabilities of CBP by providing robust military capabilities. Our first level of effort with CBP will be to harden the points of entry and address key gaps in areas around the points of entry.”

O’Shaughnessy said he firmly believes that border security is national security. “We are in support of Secretary Nielsen in her efforts to secure the border.”

CBP and its partners will execute a concerted effort to interdict any attempts at mass migration and immediately repatriate any persons not to be found in need of protection. DHS and CBP’s overarching goal is to secure and manage the Nation’s borders, and thereby ensure a safe and secure environment where communities and businesses can thrive and people feel confident that the U.S. Government will respond to emergent law enforcement threats in a reliable and sustainable manner to maintain national security.