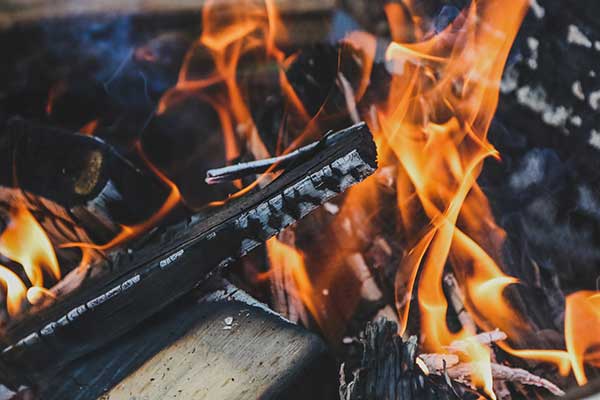 SAFFORD – Sunday evening around 6:30pm, authorities arrived at an apartment on 8th Street to check on a report of a dangerous grill fire. The responding officer said that, upon arrival, he could see an orange glow emitting from a small single vehicle carport. The officer approached the woman standing by the grill which had flames exceeding the 8 inch high lid, which was propped open by fire wood that was too big to fit inside the bottom portion of the grill. Smoke was billowing from the front of the carport due to the smoke having no way to ventilate upward. The officer noticed the grill was positioned close to the corner wall of the carport where there were clothes, trash, and other flammable debris around the grill.

The officer asked the woman to put the fire out due to the hazard of catching the apartment on fire. The woman told the officer that she was going to cook a steak on the grill. However, the officer noticed there was not a cooking grate for the steaks to be cooked on. The size of the wood also made it impossible to put the grate over it. The woman used a water hose to put the fire out and a large amount of smoke started billowing out. At this time, the officer also noticed smoke billowing out from the carport two apartments south. A portion of the ceiling drywall was broken out, allowing the smoke to travel through the attic portion of the apartments which were all connected as one.

A resident of the apartments reportedly told the officer that the woman was supposed to have moved out and felt she had taken some fire wood from their stack. When the officer spoke with the landlord, it was reported that the woman had turned in her keys on Nov. 2nd and she should have been moved out. However, because there was not a contract or signed document showing she was supposed to be out of the apartment, the landlord was informed it would be a civil matter to have her removed from the apartment. The woman was asked if she still had keys and she showed them to the officer and stated they worked for the dead bolt.

Due to the location of the grill, close to the wall, having no ventilation, the large flame size, the flammable debris around the grill, and smoke hazard created, the officer believed there was a significant danger of the apartment complex catching fire. There were multiple residents home in their apartments during the incident. The residents were in danger of smoke inhalation with the smoke traveling through the connected attic.

The officer told the woman that the situation might be different if the grill was positioned outside of the carport with proper ventilation. According to the police report, the woman argued that it was just as dangerous because a spark could land on the car parked next to the carport.

The case is under review.