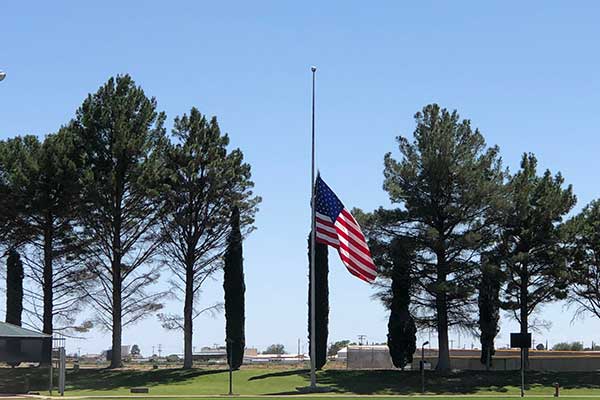 THATCHER – Thatcher Middle School girls PE classes were treated to a special class commemorating the events of 9/11. Girls PE teacher, Leah Meehl, took her PE classes to the football stadium at EAC and had them run up and down the bleachers 5 times to commemorate the 2,071 steps the first responders at the World Trade Center had to climb in their efforts to rescue victims of the attack that occurred on September 11, 2001, when two hijacked passenger jets crashed into the twin towers. 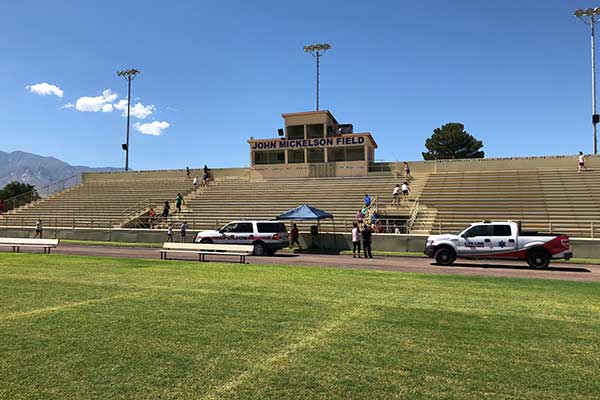 Photos of the first responders were posted all around the stadium for the girls to see as they ran. Patty Wren coordinated a local group of first responders to come by the event. A yellow Lifeline helicopter flew over the event several times. Other local first responders included a police cruiser and fire engine from Thatcher, a Sheriff’s vehicle and a Lifeline vehicle. 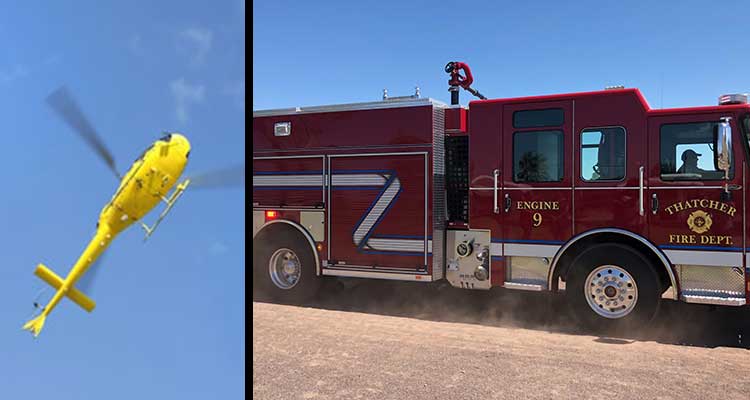 After the students ran up and down the bleachers, they gathered by a canopy to hear a few words from Thatcher Middle School Principal, Tye Stewart. 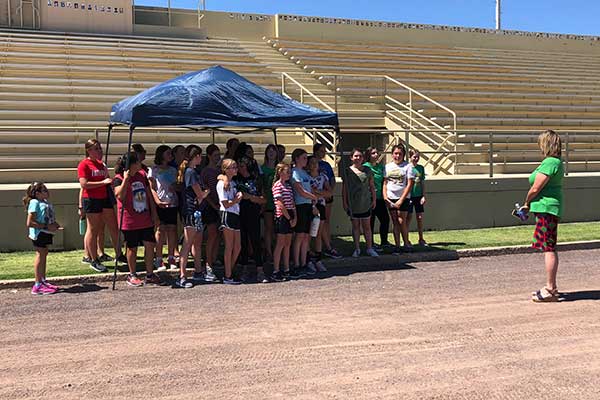 Three groups of students participated in the event.