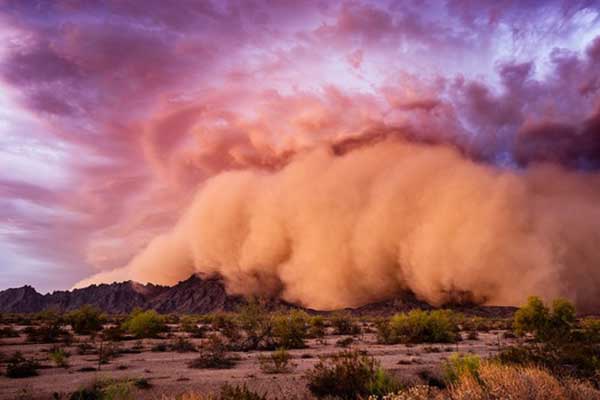 Ariz. — Younger generations often blame Baby Boomers for ruining the environment, but an organization of seniors in Arizona and elsewhere is taking up the charge to combat climate change.

Elders Climate Action Arizona is made up of people 50 and older dedicated to changing policies to avoid catastrophic changes in the earth’s climate. The group recently held a series of town-hall meetings across the state to interact with community activists, elected officials and academics on issues surrounding what they see as the current global climate emergency.

Hazel Chandler, co-chair of the Arizona chapter, said a primary goal is to get the entire community involved.

“Our goal of our town halls is to allow the voices, the faces of climate action to be heard across inter-generational, multi-cultural and interfaith,” Chandler said.

With a grant from the Environmental Defense Fund, the group sponsored town-hall meetings in Tempe, Phoenix, Glendale and Flagstaff over the last few weeks. The final meeting is planned for Tucson during the Week of Climate Action, September 20-27.

Chandler said the Arizona chapter, with about 12 members and growing, is one of the first state groups to affiliate with the national organization, Elders Action Network.

“We now have five active chapters in states, and we have about eight or nine more forming. So, we’re getting a lot of momentum,” she said. “But at the statewide level, it’s been a little bit of a challenge because we basically are an all-volunteer organization.”

Other planned events include orientation for participation in the Elders Promote the Vote campaign, an expansion of the group’s efforts during the 2018 elections, and a rally to support youth groups in a national Climate Strike on September 20.

“We’re just committed to mobilizing elders to stand up and take action in their communities, to work with younger people especially the kids; make sure that their voices are heard,” she said.

Chandler said the Arizona chapter is planning organizational webinars with members over the next several months and will be adding more activities as the 2020 elections near. Information and a calendar of events are online at EldersClimateAction.org/Arizona-Chapter.