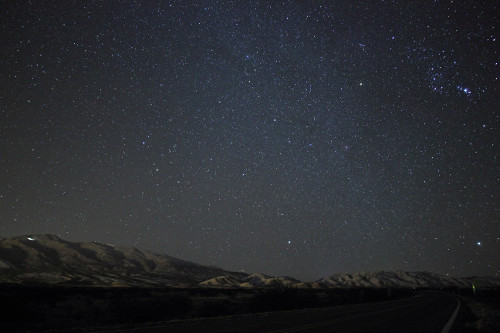 FLAGSTAFF, Ariz. (AP) — A decadeslong commitment to preserving a dark sky for stargazers and wildlife is paying off for a small Arizona city, with satellite images showing far less excess artificial light than cities of comparable size, the National Park Service said.

The state, with mountain peaks and stretches of desert sky that are a haven for astronomers, is a leader in efforts to protect the dark, including using fewer lights or dimmed LED lights, the International Dark-Sky Association said. Arizona is home to three of the nation’s largest telescopes.

Darkness preserves people’s ability to see stars and spot the Milky Way, an ever-dwindling phenomenon, and is critical to bird migration and survival of insects that larger animals eat, the park service said.

The images taken by a panoramic camera developed by the park service show nighttime light emissions in Flagstaff are nearly 14 times fainter than those of Cheyenne, Wyoming, the newspaper reported.

In the images, light represented by a rainbow of colors blooms from Phoenix, Cheyenne and Fort Collins, Colorado, but only a faint halo of yellow and green can be seen around Flagstaff.

Critics say efforts to protect the night sky from street lights, electronic signs and other sources of excess artificial light, known as light pollution, raise concerns about public safety and crime. Many cities are weary of going dark.

And businesses have fought back against regulations. The billboard industry, which has increasingly gone by way of electronic signs on freeways, has opposed strict regulations in Arizona such as a state-mandated buffer around main observatories and a 2012 agreement that banned electronic signs in two counties.

Legislation introduced last year would have allowed electronic signs to be posted in those counties but ultimately failed. Advocates said electronic billboards would not harm rural areas known for dark skies because they would never go up on untraveled roads.

The National Park Service is studying the effect of different types of lighting that cities use, and the new images are part of that effort, said Ashley Pipkin, a regional specialist with the agency’s natural sounds and night skies division.

Other measurements have compared Flagstaff’s light pollution to other places, but this study’s on-the-ground data is “pretty pioneering,” said Luginbuhl, who is part of the Flagstaff Dark Skies Coalition.

“The results have shown we have done even better than we might have expected,” he said.