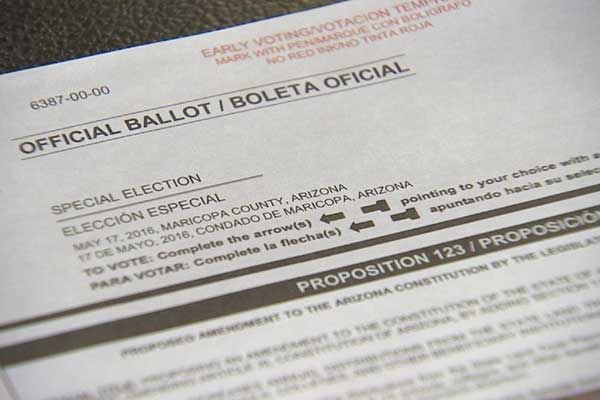 Some Republican state lawmakers are pushing a bill to make Arizona’s Permanent Voting List not so permanent. Senate Bill 1188 would purge voters from the mail-in ballot list if they don’t vote in either the primary or general election for two consecutive election cycles for federal, statewide, or legislative office.

“These are individuals that obviously are not choosing to vote early,” she told fellow lawmakers. “This is frankly a sacred document, and we want to make sure that we’re sending them to individuals who are utilizing the system.”

The Arizona Secretary of State’s Office estimates that about 200,000 voters would be removed from the early list if the law had been in effect for the 2016 and 2018 elections.