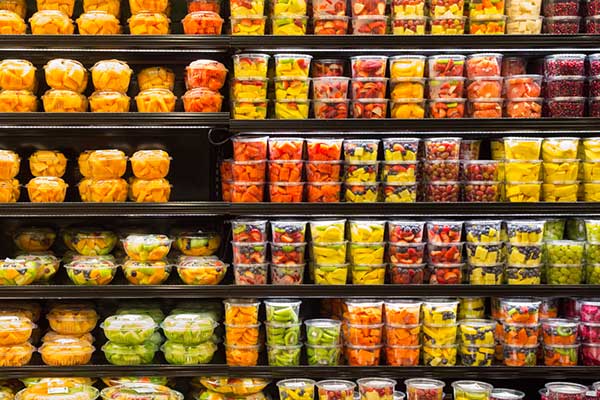 (StatePoint) If you’re like many people, you feel good when you are able to toss items into the recycling bin instead of the trash. But a new report suggests that many of those “recyclable” labels on your products may be misleading, and that much of what you believe will be processed and used again is actually sent to a landfill or incinerator.

The survey, conducted by Greenpeace, is based on conditions from October 2019 to January 2020, however, experts warn that the economics of collecting, sorting and reprocessing plastic products is likely to only worsen in the coming years. Part of the problem is that due to global trade factors limiting the amount of plastic materials China imports from the U.S., America’s municipal recycling collection systems have been significantly impacted and are recycling far less materials than they once did. The other problem? A lack of truth in advertising.

The full report, available at greenpeace.org/usa/plastic_recycling revealed that despite labels stating otherwise, many recycling facilities only accept two types of post-consumer plastic items — PET #1 and HDPE #2 bottles and jugs, while plastics #3-7 are rarely recycled even if they are accepted in recycling programs due to their low value and the lack of a market for those materials. Additionally, many full body shrink sleeves that are added to PET #1 and HDPE #2 bottles and jugs make those products non-recyclable as well. Unfortunately, when items end up at a facility that cannot process them, they can contaminate otherwise recyclable batches of materials.

According to Hocevar, accurate recyclable claims and labels serve three valuable functions: truthful advertising to consumers, prevention of harmful contamination in America’s recycling system, and identification of products for elimination or redesign to reduce waste and plastic pollution.

While plans to increase the pressure are underway for companies that don’t correct their labels, Greenpeace experts say the real solution is for companies to get serious about reducing plastic use, and for the public to do their part by urging consumer goods companies and retailers to end their reliance on single-use plastics.

“Instead of getting serious about moving away from single-use plastic, corporations are hiding behind the pretense that their throwaway packaging is recyclable. The jig is up,” says Hocevar. “It’s time to stop pretending that the trillions of throwaway plastic items produced each year will be recycled or composted and to stop producing so many of them in the first place by investing in reusable, refillable, and package-free approaches.”