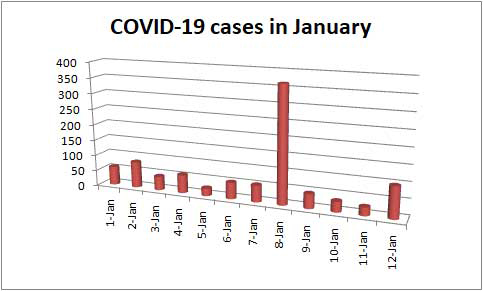 SAFFORD — Thanks to cases transmitting at area correctional facilities, as well as community spread, the number of new coronavirus cases in the Gila Valley through the first 12 days of January is almost equal to the total in the entire month of December.

With Tuesday’s new cases, Graham County’s total has climbed to 4,170 since the start of the pandemic. The positivity rate is at 23.4 percent and there have been 56 deaths.

That brings January’s total of new cases thus far to 54.