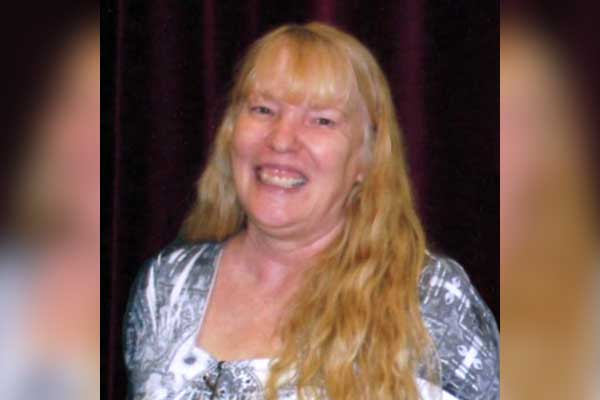 Joy Annette Perkins Slade passed away Monday, July 16, 2018 at the Mayo Clinic hospital in Phoenix. She was surrounded by her family. She was born March 14, 1958 in Safford. She was 60 years old

She was preceded in death by her father Grant Perkins and her mother Shirley Shurtz Clark Who recently passed away this past December. An older brother Larry Grant died in 1953. Also her first husband William Jake Ballard passed away in 1997. She is survived by her husband Joe Slade of Holbrook, Arizona, siblings David Perkins of central, Nancy Perkins Taylor of Central and Russel Perkins of Thatcher, also her 5 daughters survive her.

Annette grew up on Palmer Lane in Thatcher, and graduated from Thatcher high school. In her youth she worked at various jobs. While working for Roberto’s restaurant in Thacher she met William Jake Ballard. They were married April 5, 1979. When she married Jake she inherited two stepdaughters Vicky and Kami Ballard. They were five and three years old at the time. She loved them as her own daughters. To Jake and Annette were also born three daughters, Britni Jean in January 1986, Kaeli Annette in January 1988, and Cassidy Lanay in October 1990.

Sadly, Jake passed away suddenly in June 1997. This left Annette to raise her five daughters alone. Annette met Joe Slade from Holbrook, Arizona. Joe had six sons and Annette had five daughters. Joe had lost his spouse to cancer. Joe and Annette were married in the Albuquerque temple July 22, 2000, some 18 years ago.

Annette took care of her mom for months, Night and day, until Annette herself became ill. This was a great sacrifice to her husband Joe to have her away from home for so long. Annette suffered much these past 8 months. Thanks to Joe and family who did all they could to help her.

Funeral services for Annette will be conducted Friday morning, July 27, 2018, at 10:00 a.m., at the Temple View L.D.S. Chapel in Central. Concluding services will follow in the Central Cemetery.

The family will receive friends Friday morning from 9:00 a.m. until 9:45 a.m., at the Temple View L.D.S. Chapel Relief Society Room.