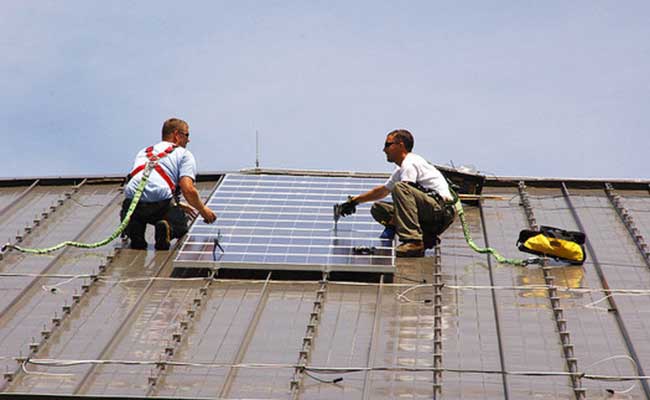 Arizona has seen the second highest rate of solar power growth in the nation over the past decade. (Flickr)

– Renewable energy has grown significantly in the last decade across the U.S., including in Arizona, according to a new report by Environment America.

The research and advocacy group says the U.S. has increased use of solar and wind power since 2008, and sales of electric vehicles continue to climb.

Americans also are consuming less energy than they were 10 years ago, and using it more efficiently.

Bret Fanshaw, director of Environment Arizona’s Go Solar campaign, says all this is in spite of recent federal rollbacks of energy efficiency policies, such as the Trump administration’s decision to abandon the Paris Climate Agreement.

There’s also another state level push for renewables underway in Arizona. The group Clean Energy for a Healthy Arizona has submitted signatures for a November ballot measure that aims for the state to get 50 percent of its energy from renewable sources by 2030.

The parent company of the state’s largest utility is suing to block the measure.

Fanshaw says more and more businesses and individuals are already taking advantage of Arizona’s ample sunshine, with a 185-fold increase in solar power since 2008.

“Arizona is ranked second for solar energy growth and solar generation over the last decade,” he points out. “It is also leading in a couple other categories,” he states.

The Environment America report showed Arizona had the sixth-highest growth in battery storage and is ninth nationwide for number of electric vehicles sold.