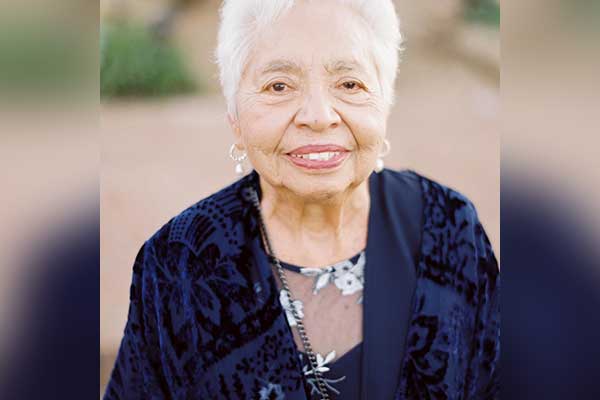 Angela was born in Metcalf, Arizona, the oldest child of Eleodoro and Mariana Rodriguez Saenz. She grew up in Morenci, graduating from Morenci High School. Following her graduation, Angela married Eduardo Padilla. Together they made their home in Clifton until relocating to Safford in the mid-1980’s following the flood in Clifton of 1983. As they made their new home in Safford, Angela could often be found in her garden or cooking delicious meals for family and friends. Throughout her lifetime Angela was active in her church community serving with the Messengers of Mary at St. Rose of Lima Parish, singing with the Spanish Choir, Coro Mensajero, and serving families as part of the Bereavement Committee. She was also a member of the Beneficio Propio of Clifton.

A Mass of Christian Burial for Mrs. Padilla was celebrated Monday, January 25, 2021, at 11:00 a.m., at St. Rose of Lima Catholic Church by Rev. Nicodemus Shaghel. Committal followed in the Safford Cemetery.

In lieu of flowers donations may be made to the Coro Mensajero Choir of the St. Rose of Lima Catholic Church.