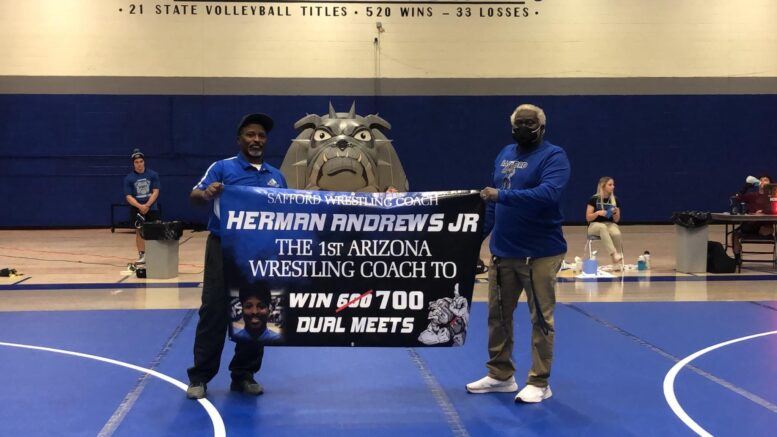 Herman Andrews Jr. (Bob Faunce Hall of Fame)- SHS Wrestling/ Cross Country Coach. Herman has been a head coach at SHS since 1995. His teams have won 8 State Championships and 3 runners-up while producing 44 Individual State Champions and 23 runner ups. Herman has already been inducted into the AZ Coaches Hall of Fame is a National Wrestling coach of the year nominee.

Frank Gutierrez– started his career at Safford Schools in December of 1976. He is well known for his hard work and dedication to Dorothy Stinson schools but has worn many other hats around the district maintenance department. Frank has also coached wrestling for Safford schools as well as helping in various youth sports leagues in Safford.

Marge Schade, Pepsi-Cola Bottling Company of Safford– Marge Schade has been a supporter of Safford Schools for many years. Although she did not graduate from SHS, all of her children and most of her grandchildren attended Safford Schools. She is going to be honored as an Honorary Alum for her years of service and philanthropy to SUSD.