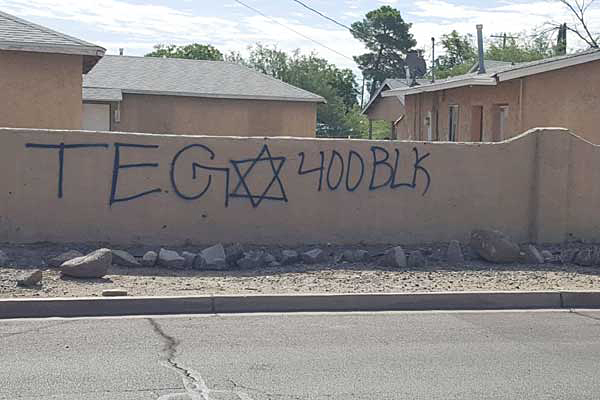 Graffiti by vandals identified as "Them Eastside Goons" has been spotted around the city of Safford, and Safford Police are soliciting the public's help in identifying the taggers.

SAFFORD — The City of Safford has been hit by a rash of graffiti by a group identifying itself as Them Eastside Goons.

“I don’t think the citizens are going to put up with our community being taken over by these goons with graffiti,” said City Councilman Michael Andazola during a recent appearance on Voice of the Valley.

Andazola said police are continuing to investigate who may be involved, and he said anyone with information is encouraged to call Safford Police at 928-432-4100.

“We need to get this under wraps, and we don’t need to see our community vandalized like this,” Andazola said.

He also said he the city is addressing community complaints about people creating a disturbance by sleeping and defecating in public in Firth Park. He said that police have increased patrols in the area while staff looks at options to address the issue via city code.