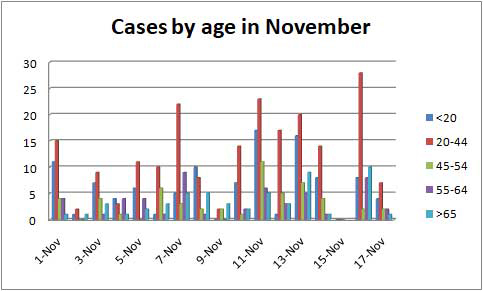 SAFFORD — There were 16 new cases of coronavirus in the Gila Valley Tuesday.

Graham County Health Department reported nine of the new cases were in Safford, five in Thatcher and two in Pima.

There have been 474 new cases in Graham County so far in November, with 174 in Safford, 145 on the Can Carlos Apache Reservation, 93 in Thatcher and 35 in Pima.

The total number of cases seen in Graham County is now at 1,720, with 704 considered active and 32 deaths.

Greenlee County’s total is now at 138, with 45 cases considered active and two deaths.