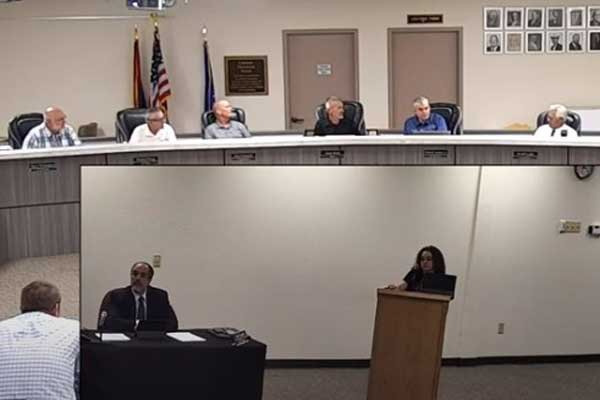 SAFFORD — The Safford City Council approved the fiscal year 2022-23 budget during Monday’s meeting over the objection of Mayor Jason Kouts.

Kouts’ objection was the same as when the council adopted the tentative budget — using American Rescue Plan Act money for anything other than parks. He specifically noted using about $600,000 for development of T-hangers at the airport that could then be leased to airplane owners.

“If the airport has been critical, and we see it, the council sees it as a huge asset, and we want to expand it, then why the heck are you using free money to do that?” Kouts said.

Kouts said he would prefer the ARPA money be spent on park development, which he said directly benefits residents.

The budget does include $2.4 million for development of a new city park at 8th Street and Discovery Park Boulevard, with the money coming from the $3.2 million in American Rescue Plan Act funding coming to the city.

Vice Mayor Richard Ortega and Councilman Gene Seale both said that expansion of airport services can be a tool in the city’s economic development efforts, as well as directly generate revenue to the city.

The council voted 6-1 to approve the budget, with Kouts voting against.