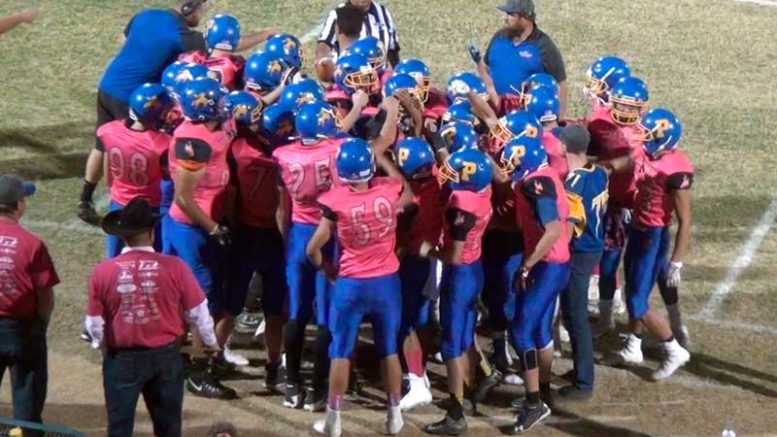 Jon Johnson Photo/Gila Valley Central: Pima will look to upset No. 4 Santa Cruz Valley in the first round of the 2A playoffs.

PHOENIX – The Arizona Interscholastic Association has released its 2018-2020 Master Conferences alignment, and there doesn’t seem to be that big of a change for Gila Valley Schools.

Schools have until Oct. 24 at 2 p.m. to appeal their region and conference placement, and the AIA is scheduled to post a full list of individual sports placement by Oct. 25.

However, for football alone, the 2A East Region will include: Thatcher, Round Valley, St. Johns, Pima, Miami, and Morenci, with Benson, Bisbee, Willcox, and Tombstone staying in the 2A South.

For football alone, the 1A East will not include Cicero Prep, Arete Prep or Tempe Prep.