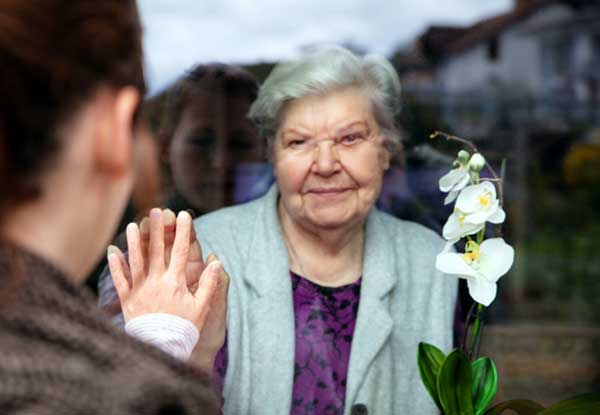 Social distancing rules have kept many Arizonans in long-term care isolated from their families for months at a time during the pandemic. (M. Dorr/Adobe Stock)

PHOENIX – The pandemic is having a devastating effect on Arizonans, but few groups have been hit harder than the state’s vulnerable seniors. Senior advocates say poor policies and underfunding have left older Arizonans, especially those in long-term care facilities, highly vulnerable to COVID-19 infection and death.

Brendan Blake, senior program specialist for AARP Arizona, said the group plans to work on a number of issues to protect seniors when the Arizona Legislature opens its annual session early next year.

“We’re working on issues surrounding long-term care – that’s first and foremost on our list – related to emotional abuse, staffing, Medicaid and ACHCCCS,” he said. “We’re going to try to pick up some of those issues that we left off with last year, and move forward from there.”

As a nonprofit, Blake said, AARP doesn’t “lobby” lawmakers, but offers information and expert testimony on issues of concern to Arizona’s seniors. The Legislature convenes its regular session on Jan. 11 and is expected to adjourn by Memorial Day.

Other issues coming up include cutting the cost of prescription drugs, funding homeless shelters for people in their 50s and older, and expanding transportation options. Blake said another priority is funding to implement AARP’s Work and Save program, to assist people in building a nest egg before they retire.

“One thing that we’re concerned about as an organization is how people save and retire,” he said. “We know that a majority of people who are on Social Security use Social Security as their primary source of income.”

While the Legislature can be a highly partisan atmosphere, Blake said, AARP is focused on developing policies that are widely supported.

“We try to work with everybody,” he said. “We like bipartisan bills, for the most part, and we’d love to try to work across the aisle to make things happen. We think that that’s where the best policies are made.”

As an example, he cited the Arizona Family Caregiver Reimbursement Program passed last year, which helps caregivers partially recover the cost of modifications to help seniors stay in their homes and out of institutional care.