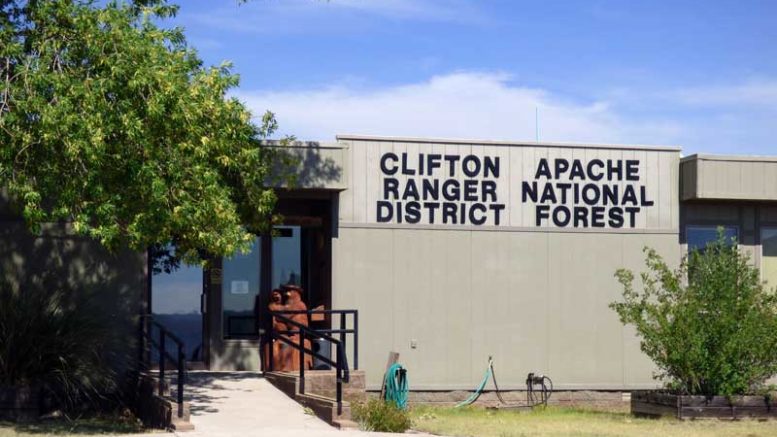 Photo By Dexter K. Oliver: A Tucson attorney used a slick maneuver to get the Greenlee County Attorney's Office to withdraw charges against Forest Service employees regarding the cruel deaths of two horses and a mule in their care. The case remains in limbo.

It was one year ago, June 24, 2016, that the crimes first came to light on the Clifton Ranger District of the Apache-Sitgreaves National Forest. Two horses and one mule from the Forest Service station at 3-Way in Greenlee County had been put out in a desert pasture during what was the hottest season in 20 years and were not checked for four straight weeks. The water system failed and the animals were allowed to die from dehydration and exposure. (See “Death by Dereliction”, gilavalleycentral.net Oct. 31, 2016)

The Public Employees for Environmental Responsibility (PEER.org) commemorated the anniversary of the deaths on their website. They noted that the Forest Service has a Livestock Management Plan which requires equines to be inspected at least once every two weeks.

In public documents, the Forest Service special agent investigator stated that “contributing to this unfortunate outcome was a compilation of past practices, unknown policies, poor communication, failure of leadership, local fire conditions and an accretion of duties to an inexperienced employee.” Even this scathing indictment, however, wasn’t enough for him to hold the perpetrators accountable under state laws that had been broken.

Also, in public documents, the range management specialist and his assistant both claimed responsibility for the animals dying prolonged and legally cruel deaths. The ranger (who retired in May 2017) saw no reason to claim any responsibility in writing although such a position is normally where the buck stops. And it is provable in public documents that both range employees were gone from their usual posts for a three-day period during the time the equines were slowly dying. Since no one with delegated authority was around, responsibility, by Forest Service decree, would have automatically gone back to the ranger. She was only willing, however, to define the inexcusable deaths as a “property loss.” 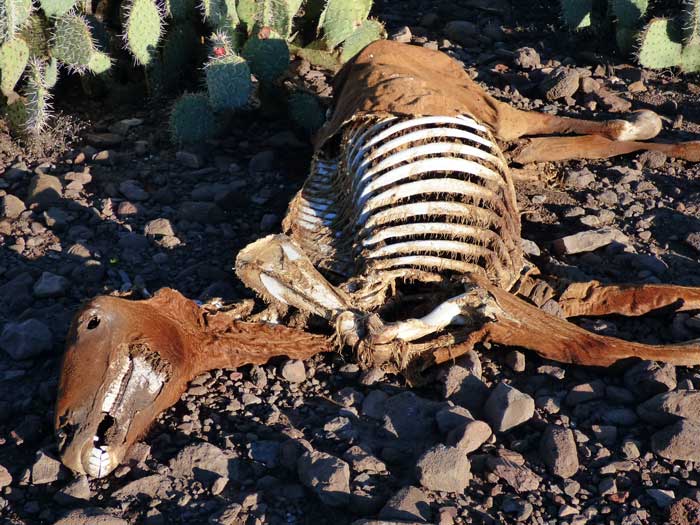 Photo By Dexter K. Oliver: Pictured is Diesel, one of the horses allowed to die from dehydration. The Safford Forest Service office had tried to transfer this animal to them but Clifton refrained, dooming it to a cruel death.

The Greenlee County Sheriff’s Office and Greenlee County Attorney’s Office eventually issued summonses to appear in court to the two range staff employees, charging each with nine counts of animal cruelty under Arizona Revised Statute (ARS) 13-2910. This statute was mentioned in the Forest Service special agent’s investigative report yet he, for whatever reason, refused to acknowledge anything more than “civil negligence” and asked only for in-house administrative action.

I wrote to the Apache-Sitgreaves National Forest Supervisor in Springerville, asking him to make public whatever disciplinary action, if any, was going to be administered but of course he refused to do that. So all the public knows is that the ranger and the two range division employees were allowed to continue on in their old capacities.

The summonses to the Greenlee County courtroom did not go out until April of 2017, with a court date of May 18 for the initial appearance and then immediate arraignment. Although both range employees had admitted responsibility for the deaths of the two horses and one mule, they now pled “not guilty.” The range management specialist had hired a well-known lawyer from Tucson who told the court, via telephone, that he was filing a “notice of removal action” because his client was a federal employee.

I purchased the court papers (as I had the investigative report and audio CD of the court appearance) and was amazed to find that the range management specialist was now claiming, to the court, to be a “federal law enforcement officer” who was “immune from prosecution pursuant to the Supremacy Clause of the United States Constitution.” This removal action was signed and dated May 16, 2017 by his attorney. The other range employee hadn’t gotten counsel yet but was hoping the Department of Justice (DOJ) would provide a lawyer for him.

The Greenlee County Attorney’s Office felt compelled to dismiss the case, so it could go to the federal district court in Tucson, and they signed those papers on June 7, 2017. They also dismissed the second range employee’s case, assuming it too would end up in federal court. On the next day, June 8, 2017, the range management specialist’s lawyer filed yet another motion, to the district court in Tucson, withdrawing the removal action and essentially sending the cases into limbo.

Dexter K. Oliver is a freelance writer and wildlife consultant who has worked on seven FS ranger districts in Arizona and New Mexico.