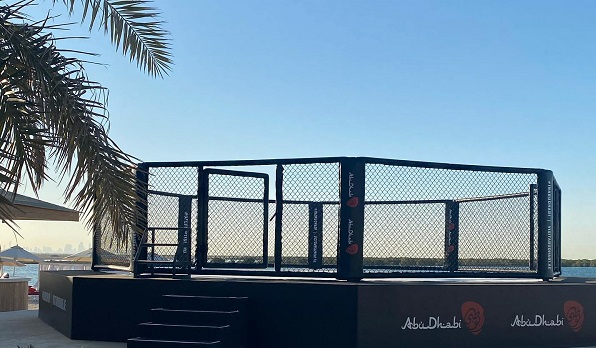 He were able to ask him 5 questions about Saturday’s title fight with Khabib Nurmagomedov at UFC 245.

Patterson: This fight is the biggest fight of your career. How have you handled the hype and lead up to this? Any change in your camp or business as usual?

Patterson: Khabib is 28-0. Does that creep into your head that you could be the first person to hand him a loss?

Gaethje: It definitely gets me excited. I’m looking forward to being that guy. Especially after hearing over and over how impossible it is.

Gaethje: I’m the only one that has been training as long as he has. Since I was a kid just like him. We’ve been on the same path for a long time. It’s the biggest fight there is.

Patterson: You like to stand and trade and he likes to wrestle and grapple. What are you going to have to do to make it your style of fight?

Gaethje: Ultimately I need to be prepared to battle him in his own space. I’ve been working on not being taken down and held down for my whole life. It will be important for me to stay off the fence. It’s so much easier to take someone down with the fence behind them.

Patterson: Before we let you go. What would you like to say to your fans in the Gila Valley who have been supporting you since you were 4 years old?

Gaethje: I’m super proud to represent a small town. I had a press conference earlier today and I got to tell the whole world about where I’m from. I can’t wait to bring the belt home to the Gila Valley and rejoice in the moment with everyone.

Gaethje was able to bring his parents Ray and Caro on the trip with his twin brother Marcus. Justin mentioned in the phone call that it was his parents first International Flight and means the world for them to be able to be there. “They were there for the first beginning, they should be here for the biggest fight too,” he said.

The main card will start at 11am Arizona time on ESPN+ Pay Per View.