The tournament was organized by Pete Gauna and Riley Woods as a fundraiser to help somebody battling cancer. This year’s recipient was Chris Kelleher, a paramedic with Fort Thomas Rescue. The tournament raised $2407.00. 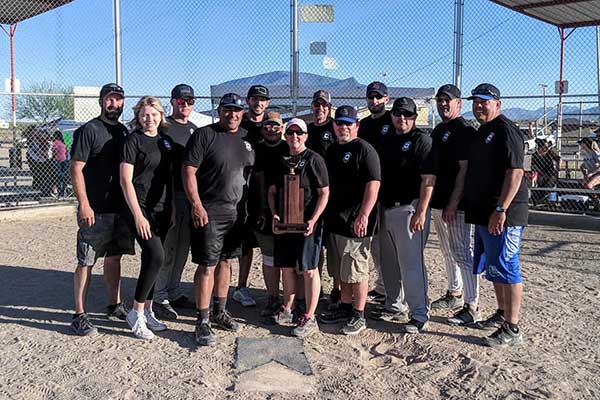 The Safford Police team – The Donut Killa’z – won the tournament.