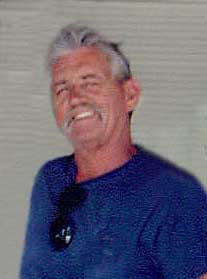 Ray came from back east in 1974, which he already had a profession as a body and paint man. Through the years his skills and work quality had become well known throughout the counties and become one of the finest painters around. He opened a body shop called Ray’s Place in Loma Linda. Ray was well known for his custom painting and, amongst many of the ones he did, one of them was raffled off at the casino in Globe.

Ray also learned other talents such as taxidermy, gold panning and trapping, which he enjoyed doing. He loved going fishing, hunting, boating, camping and anything regarding the outdoors. He went to Phoenix and qualified to become a professional licensed racecar driver and was able to participate in the Baja races in California. In 1978, he also raced in the Clifton Hill Climb and took 2nd place in his class.

Ray is survived by: his wife of 44 years, Kathy; his three children, Dale (Gloria) Bunnell, Cindy (Tim) Richins and Barry Smyers; his sister, Holly (Daryl) Longley; his aunt, Shirley Sibilia; his six grandchildren, 4 are residing out of state and 2 are here in Clifton: Aaron and Brianna Bunnell; and several nieces and nephews.

The family would appreciate donations in Ray’s honor to please be donated to: donate.cancer.org (American Cancer Society) or www.alzfdn.org (Alzheimer’s Foundation). Arrangements are entrusted to Vining Funeral Home.