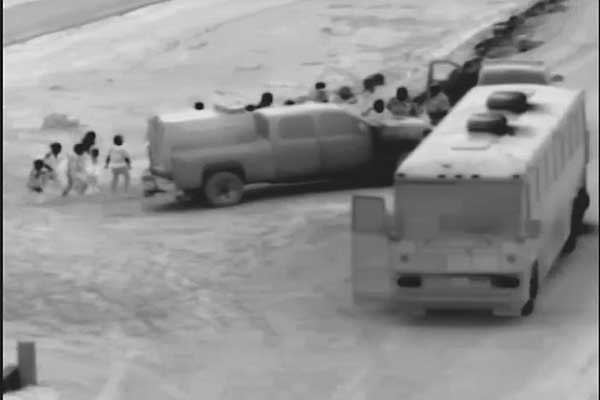 YUMA, Ariz. – U.S. Border Patrol agents in Yuma Sector apprehended 654 illegal aliens most being family units or unaccompanied juveniles from Guatemala, who surrendered themselves to agents on Monday and Tuesday.

The groups were primarily Guatemalan nationals, not believed to be associated with the large caravan being monitored traveling through Mexico at this time.  The groups illegally entered on both sides of the San Luis Port of Entry where there is outdated border wall infrastructure. Larger numbers have started to illegally cross shallow portions of the Colorado River near Yuma.

At approximately 8:30 p.m. Monday night, a group of 55 Central Americans waded across the river near County 9th Street and surrendered to agents after walking around vehicle barriers.  The area lacks infrastructure that would deter pedestrian entries.