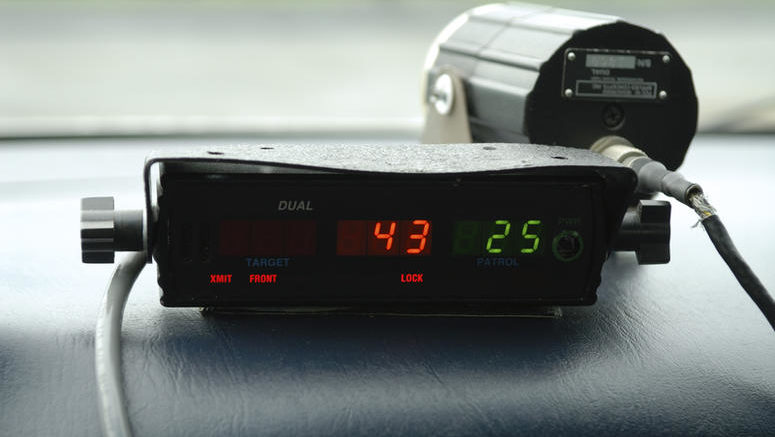 SAFFORD – Police pulled over a car Wednesday afternoon when their radar showed the vehicle was speeding. After pulling the car over, the woman driver apologized for being in a hurry to get home while her passenger stated she had come to Safford from Tucson to stay for a while. The officer checked warrants and driver license status, and found that the driver, Karen Donahue, had prior drug involvement. The vehicle’s registration had been suspended for no insurance and Donahue’s driver license had also been suspended. Authorities had Donahue exit the vehicle where they explained to her that they were going to have the vehicle towed. She was asked if there was anything illegal inside, and she stated there was not anything that she knew of. Donahue was asked to stay by the patrol vehicle as the officer went to ask the passenger to exit the vehicle. When the passenger, identified as Candy De’Jolie, got out of the car she grabbed a green backpack. When asked about it, she said that she had overheard them saying they were going to tow the car. De’Jolie was asked if there was anything illegal in the backpack and she admitted that there was. She said that she was just trying to get away for a while and that she is on probation in Tucson for drug paraphernalia. De’Jolie stated she had a syringe in the backpack which had meth inside. She told authorities that the “point” would have no more than $5.00 worth, loaded in the syringe. She was asked to retrieve the syringe, but while doing so, she began to push the end of the plunger to force out the liquid and another officer had to stop her before all the liquid had been drained into the cap.

At that point, a search was done on the vehicle. Officers found a hand bag on the passengers side floorboard. In the bag was a smaller, zebra print zipper bag where another loaded syringe, a clear baggie which had white substance inside, and a glass pipe was located. The glass pipe had a milky white stem and a burnt black bowl. An officer held up the bag to ask who it belonged to. Donahue claimed the bag. Both Donahue and De’Jolie were arrested. Donahue stated to officers the hand bag was hers, but the zebra bag with drugs did not belong to her and she didn’t know where it came from. At that point she told authorities that she wanted to remain silent.

While continuing to search the vehicle officers found 2 digital scales inside a brown purse, placed on the center console. Both scales had white residue on them. The items were seized and logged as evidence. The two women were transported to the Safford Police Department where they were were processed and released, pending charges of possession of a dangerous drug, possession of drug paraphernalia, and driving on a suspended license for Donahue. The substance seized from the vehicle tested positive for methamphetamine.

The vehicle was towed from the scene and impounded. By state law, the car will be kept for 30 days.