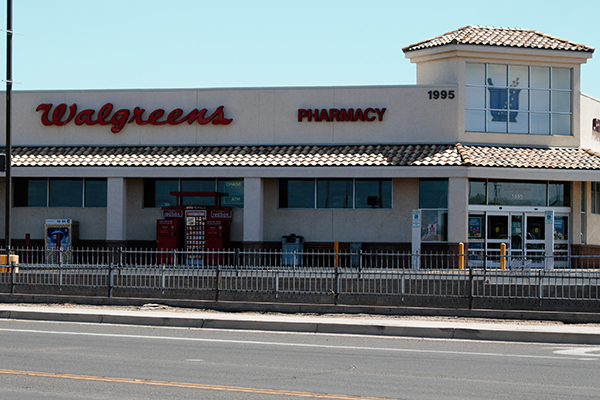 Jon Johnson Photo/Gila Valley Central: A woman carrying a dog was thwarted in her reported attempt to pilfer $160 in goods from Walgreens on Monday.

SAFFORD – It appears a Duncan woman may have taken the oft-used Internet meme of millennials demanding free goods a bit too far.

Bonnie Jean Herrick, 21, was issued a shoplifting citation Monday, after being caught red-handed at Walgreens with various concealed store items, including a wristband for sea sickness.

An officer was dispatched at about 2:46 p.m. to the Walgreens at 1995 W. Thatcher Blvd. regarding a woman with a small dog concealing items into her purse.

Herrick admitted to using the X-Acto knife to open the packages before concealing the goods into her purse, according to the police report. The total monetary value of the stolen items was listed at roughly $160.

Herrick was given a citation for shoplifting and was trespassed from the store. The following day, the shoplifting charge was filed in Safford Municipal Court. Coincidentally, a separate, unrelated charge of disturbing the peace was also filed against Herrick the same day in Safford Justice Court Precinct 1.