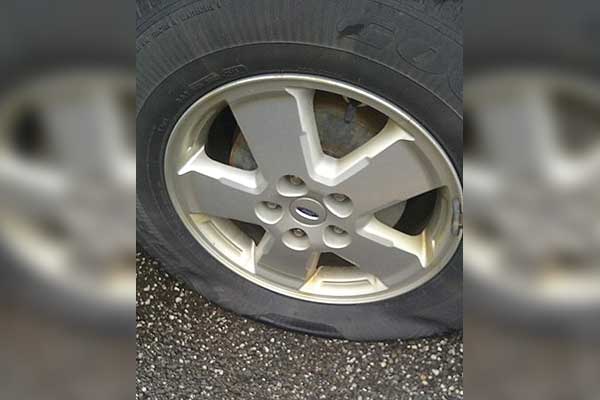 SAFFORD – On Sunday around 6:00 pm authorities met with a couple of individuals regarding a stolen vehicle. The reported victim stated that five days prior she had allowed a man to drive her around in the vehicle because her license was suspended recently for a DUI. The woman stated they had ran out of gas just off 8th Avenue and Kings Court. She left the keys with the man and went to get gas. The man apparently said that he would stay with the vehicle and wait for her. When the woman returned shortly after, the man was no where to be found and her vehicle was locked up and the man still had the keys. The woman told authorities she then removed the valve stems from both of the drivers side tires, and set out to find the man.

She told authorities that she had not  called police earlier because she had been trying to locate the man. The woman felt that she just kept missing the man with the keys, but when he was supposed to show up this day and did not, the woman wanted to report the vehicle stolen. After the vehicle was put into the system as stolen the officer left. Shortly after leaving, dispatch contacted the officer informing them the victim wished to speak with them. Over the phone, the victim reported to the officer her mother had seen the vehicle one street over from Relation Street.  The officer located the vehicle in the 700 block of 15th Street. The officer noticed a Safford Police Department vehicle removal  sticker on the back window where the vehicle had been tagged for removal. Another reporting party had called in claiming the vehicle had been parked in that location for three days. The officer looked for any signs or damage to the ignition that might have been left by a suspect but none were found. The officer noticed the driver’s side tires were flat and the valve stems were missing. The officer asked the victim to come to the scene. She continued to claim she had parked on Kings Court, no more than two blocks away. Due to the status of the woman’s license suspension, the vehicle was towed from the area, and she was given a courtesy ride back to her residence.