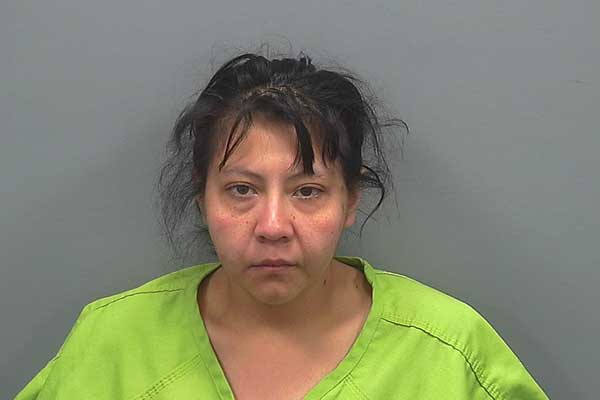 A Graham County Sheriff’s deputy was dispatched to a farm field south of the Graham County Jail on Tuesday at approximately 5:30 p.m. in reference to a stolen farm truck. The reporting party told the deputy that he had left his truck in the field and when he came back, his white, Ford F150 was gone. The man said that it’s common for farmers to leave the keys in their vehicles in the field.

The man showed the deputy where the truck had been parked. He pointed out some shoe prints that were not his. The shoe tracks indicated that somebody had entered the truck through the driver’s side and driven out of the field onto 8th Avenue. The man said that he had left the truck in the field at approximately 1:00 in the afternoon. He returned shortly before calling authorities to report the theft of his truck.

The deputy contacted the jail and asked for a list of people who had been released from jail that day. According to the police report, the deputy had already dealt with incidents involving Destiney Hancock, who had been released from jail that day. The deputy had spoken to Hancock earlier that afternoon because her husband had called the jail to notify them that she was not allowed back at their residence. Less than an hour later the deputy to dispatched to the residence because Hancock had gone to the residence after being released. The deputy picked her up and took her to another residence.

Another deputy arrived and said that he had seen the truck when he was on his way to another call at approximately 4:30 p.m. The deputy also had a paper from the jail listing two other people who had been released that day. The listing showed that Hancock had been released shortly after 4:00 p.m.

After checking the addresses of the other two people who had been released from jail that day, deputies checked the area of Thunderbird Trailer Park, where Hancock had been living. Authorities found the missing truck just inside the entrance to the trailer park. Deputies noted that the driver’s seat was very close to the steering wheel and the ignition key was not in the truck.

One of the deputies spoke to Hancock’s husband who said that she had told him that she may go back to jail because she had stolen a vehicle. She had placed the key to the truck on the counter but took it with her when she left.

Authorities contacted the owner of the truck and asked if he had an extra key and wanted to come pick up the truck. When he arrived, he looked through the truck and found that nothing was missing. The man took the truck and left the area.

The deputies went to the address Hancock had been taken after being asked to leave her residence. They made contact with a man at the residence who went in and to get Hancock. At first, Hancock denied taking the truck. The deputy pointed out that the jail has cameras that point in the direction of the field where the truck was parked. The deputy asked to see the bottoms of her shoes. The pattern matched the pattern of the shoe prints by the truck.

The deputy asked where the key was. Hancock initially denied having it and claimed that her husband had it. Ultimately, she pulled it out of her bag and handed it to the deputy. She was arrested and transported back to the jail where she had just been released hours earlier.