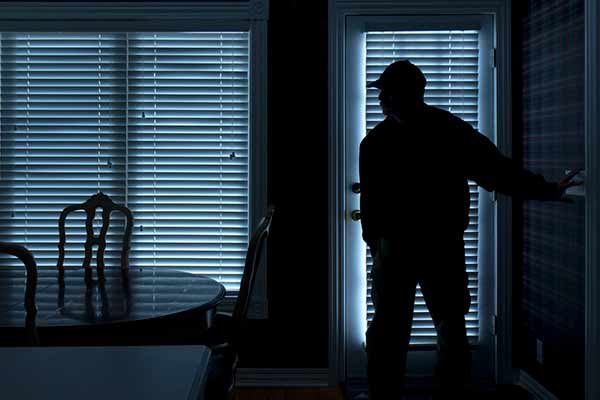 Graham County – Sheriff’s Deputies were dispatched to Cluff Ranch Road just after midnight on Tuesday, February 6, after a woman reported an intruder in her living room. The woman described the intruder as a 5’9” skinny male, and was wearing blue jeans and a beanie. According to the police report the woman told dispatch that she was armed with a pistol.

The woman told deputies that the front door was unlocked, which was unusual because she normally kept all her doors locked. She had apparently placed a couch in front of the door. The woman reportedly heard the front door open and the couch being slide forward. Upon hearing the sound, she grabbed her firearm and screamed to the intruder that she was armed and would shoot him. Upon hearing the woman scream, the intruder apparently fled.

The woman told deputies that she had never seen the man before, and didn’t know which way he went when he fled the scene. Deputies found multiple footprints around the residence with a checkered pattern. They asked the woman if the shoe print belonged to someone who lived at the residence but she said, ‘no,’ that they all wear cowboy boots.

Deputies noticed that someone was living in a 5th wheel close to the residence. The woman said that family members lived in it. Investigators did not find the checkered footprints by the trailer or on that side of the residence.

All of the cars on the property were locked and it did not appear that the intruder had taken anything. Deputies noted that they heard dogs barking in the area, but were not able to find anyone.

Pictures were taken of the shoe print and fingerprints were taken from the door knob and place into evidence that the Graham County Sheriff’s Office.