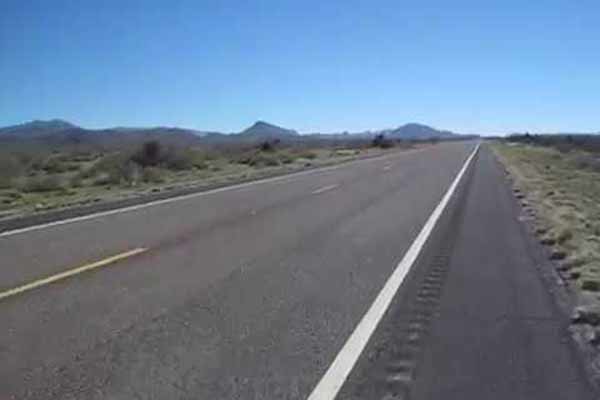 SOLOMON – On Tues. Feb. 6th the Graham County Sheriff’s Department was dispatched in reference to an elderly woman found wandering along the highway near Barney Lane.

A man driving to work in the wee hours of the morning came across an elderly woman wearing a nightgown walking along the roadway on US Highway 70 near Barney Lane. Concerned for the woman’s safety, he stopped and found out she did not know her name or where she lived.  He contacted the Sheriff’s Department, who then arrived on the scene. After the deputy thanked the man for his assistance the man was able to continue on his way.

The deputy spoke with the woman who was very confused and appeared to be cold.  The temperature at that time was near 37 degrees F.  The officer invited the lady to sit in the patrol vehicle to warm up but she refused because the officer was a stranger to her.  A Lifeline Ambulance was requested to come to the scene to evaluate the woman.

After the deputy was able to convince the lady to warm up in the vehicle, they were able to contact her husband and inform him of his wife’s whereabouts and that they would be bringing her home. He stated that he had several alarms put in place in their home on all their windows and doors to prevent this situation. How the woman was able to leave the house undetected is not known.

When the officer arrived at the residence to reunite the couple, he asked the husband if he wanted his wife to be medically evaluated but the man declined, saying that he felt she was ok. The man thanked the deputy for assisting his wife.