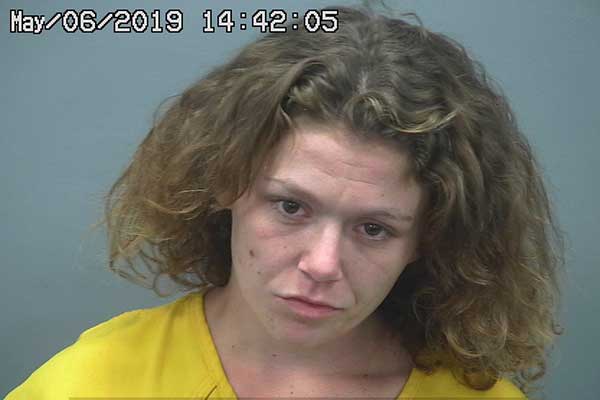 SAFFORD – Last Wednesday, and officer on patrol recognized a female, identified as Shelby Boden, who was known to have a warrant, walking with a male on 8th Avenue with a male companion. The officer stopped to speak with Boden and she was placed under arrest for the outstanding warrant. The purse Boden was carrying was searched by the officer, and a marijuana cigarette was found concealed inside of a Maverick cigarette package. The package did not contain any tobacco cigarettes. The marijuana cigarette was wrapped inside of a cigar wrapper and smelled of burnt marijuana. Boden asked for the male with her to hold onto her purse after the search. Boden reportedly told authorities the cigarette belonged to her and confirmed that it was marijuana. Boden stated she did not have a medical marijuana card because she didn’t want to lose her gun rights.

Boden was transported to the Graham County Jail and booked for the warrant for shoplifting, and was then cited at the jail for being in possession of  marijuana and drug paraphernalia.

When someone wants to purchase a firearm from a licensed dealer, the buyer is required to complete ATF form 4473 – the Firearms Transaction Record. One the questions on the form asks “are you an unlawful user of, addicted to, marijuana or any depressant, stimulant, narcotic drug, or any other controlled substance?” The question comes with a warning that marijuana use is still illegal under Federal law regardless of being legal under state law. Therefore, if a person is a user of marijuana, the sale or transfer of a firearm cannot take place legally.

In 2011 the federal Bureau of Alcohol, Tobacco, Firearms and Explosives wrote an open letter to gun dealers instructing them to not issue guns to medical marijuana card holders. The letter read in part:

Federal law…makes it unlawful for any person to sell or otherwise dispose of any firearm or ammunition to any person knowing or having reasonable cause to believe that such person is an unlawful user or of addicted to a controlled substance. As provided by 27 C.F.R. § 478.11, “an inference of current use may be drawn from evidence of a recent use or possession of a controlled substance or a pattern of use or possession that reasonable covers the present time.”