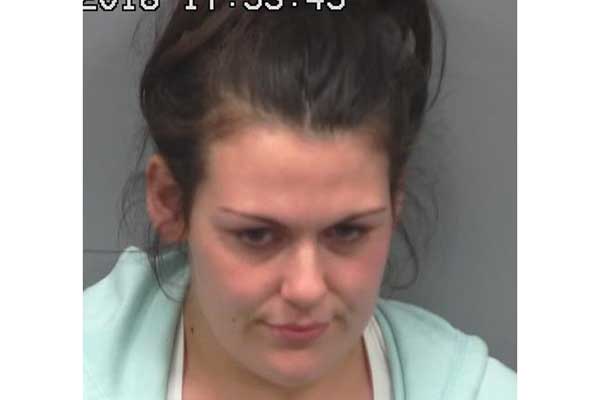 SAFFORD – Monday afternoon Safford police officers were dispatched to assist Graham County officers to the area around Lady Bug Avenue in reference to a threatening call where an alleged squatter was armed and threatening violence. When officers arrived a woman matching the description was seen walking through a field. From prior contacts with the woman, one of the officers identified her as Kaliska Price. An officer had seen her drop an object near a canal about 100 feet from where she was now speaking with another officer. She told the officer that she was staying at the house being rented by a man, when a different man came in and told them they had to leave, so she left. She said she had been staying at the residence with permission on and off since January.

The officer she was speaking with had seen her drop what appeared to be a clear baggie. When the officer went to see what she had dropped, the top half of a sandwich baggie was found which contained a green leafy residue that they knew to be marijuana. Price denied dropping it even though the officer informed her that they saw her drop it. The investigator continued over to the canal area where the other officer stated that they had seen her drop something in the area. Two meth pipes with burnt residue in the canal were found. The other half of the sandwich baggies which still contained a small amount of marijuana inside were also located.

Meth was found in a small baggie in Price’s pocket, however she denied ownership of the meth pipes and marijuana. Due to her belief, she was not charged with trespassing. Price was arrested and booked into the Graham County Jail for possession of a dangerous drug, possession of marijuana, and possession of drug paraphernalia.