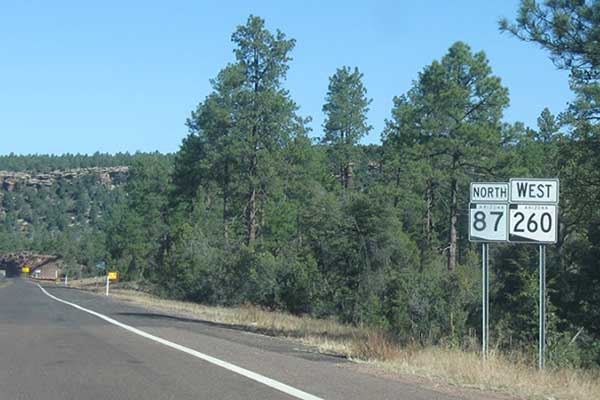 An alert citizen and state trooper’s quick response led to the discovery of the young girls.

Maricopa County — On August 7, 2018, at approximately 10:22 p.m., a citizen called 911 to report a stranded family along State Route 87 at milepost 228; which is a remote area 24 miles south of Payson. The citizen advised that the family, a woman and her three young children, were stranded because their vehicle had run out of fuel.

When troopers arrived to assist the family, they discovered three small girls alone inside the vehicle. The three girls, ages one, three and four, were crying but appeared to be in good health. Troopers comforted the young children as they waited for medical personnel to check their condition and the Arizona Department of Child Safety to take over caring for the three girls.

A search for the mother was immediately initiated by troopers, the Gila County Sheriff’s Office, and the Payson Police Department during a powerful storm; however, she was not located.

At approximately 6:30 a.m. the following morning, a citizen called 911 to report a naked woman wandering in the northbound traffic lanes of SR-87, two miles from the location where three girls were abandoned. The woman, age 27, was identified as the mother of the three girls and subsequently transported to a hospital for a medical evaluation. This is an ongoing investigation.