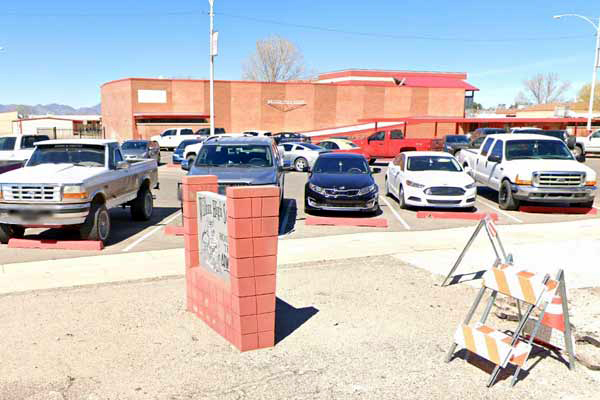 WILLCOX — Willcox Police are searching for a man who committed armed robbery Tuesday.

The incident occurred at about 1 p.m. at the Willcox Apartments, across Bisbee Avenue from the Willcox middle and high schools, sending those schools into lockdown. The schools were re-opened about an hour later.

“The school around the campus will have law enforcement here for the remainder of the day, just to ensure the safety of the students since the suspect is still at large,” City Manager Caleb Blaschke said in a posting to social media.

The suspect is described as a male, wearing a white/blue surgical mask and a black jacket. He is believed to be armed with a black pistol.